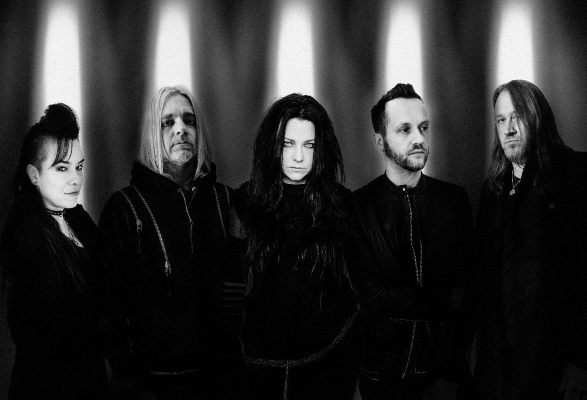 Evanescence have revealed new single ‘Better Without You’, taken from their forthcoming album ‘The Bitter Truth’, due out on 26 March 2021.

The record will be their first album of original music in a decade.

The goth-rock giants first teased ‘Better Without You’ by revealing a digital puzzle for fans to solve in order to hear a snippet of the song.

Everyone who solved the puzzle also receive a free ‘Better Without You’ ringtone and was entered for a chance to be the first fan in the world (along with a guest) to hear the full song along with a private Q&A with singer Amy Lee.

Last year the group revealed the album’s first single ‘Wasted On You’ and accompanying visuals, which were shot by each band member on their iPhones at home in isolation alone and with their families, and directed in collaboration with P.R. Brown.

They have already revealed previous tracks ‘The Game Is Over’, ‘Use My Voice’ and ‘Yeah Right’.

WATCH THE VIDEO FOR ‘WASTED ON YOU’ HERE:

Evanescence will be joining forces with Within Temptation for a huge co-headline world tour – rescheduled UK dates have been confirmed for autumn 2021.