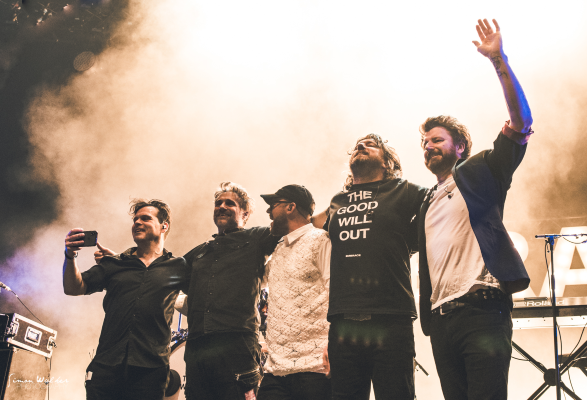 Embrace have announced a live-streamed ‘Best Of’ gig and they’re asking fans to help them choose the setlist.

In addition, the band will be releasing a recording of the performance as a limited-edition triple vinyl and double CD set, exclusively via the band’s web-shop.

The exciting announcement follows on from the success of their recent ‘Out Of Nothing’ one-off live-streamed virtual event.

The band will perform their Best Of live-streamed set from their Bradford studio on 27 February 2021. Fans can head to their official Facebook page to share their setlist suggestions.

Embrace: Best Of (Live From The Cellar Of Dreams) tickets on sale Friday (11 December) at 10am here

Embrace is one of the most successful UK bands of the 90s/00s. The group is made up of brothers Danny and Richard McNamara, Steve Firth on bass, Mickey Dale on keyboards and Mike Heaton on drums.

They have scored three No.1 albums and six Top 10 singles in their career to date as well as sold over two million albums in the UK alone. The band’s seventh studio album ‘Love Is A Basic Need’ was released in 2018 and reached No.5 in the UK charts.

Embrace played their last live gig and one of the biggest shows ever at the Leeds First Direct Arena in March 2020.