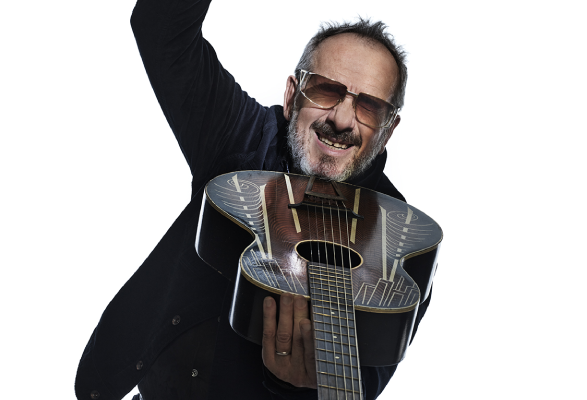 Elvis Costello & The Imposters have shared new track ‘Farewell, OK’, taken from upcoming album ‘The Boy Named If’, due out on 14 January 2022.

Costello discussed the song saying, “Like a lot of good rock and roll songs this began with a drummer down in a basement and a singer howling outside the backdoor…It’s a blurred gaze, a drink too much, an accidental punch and a kiss goodnight all in the tumult of a dancehall.”

‘Farewell, OK’ is the third track to be released from the upcoming album and follows previous releases ‘Magnificent Hurt’ and ‘Paint The Red Rose Blue’.

Costello has also confirmed that he will return to the UK in June 2022 with The Imposters.

The band features Steve Nieve on keyboards; Pete Thomas on drums, Davey Faragher on bass & backing vocals along with Charlie Sexton for an extensive UK run of dates.

The tour will include support from Ian Prowse, who will perform songs from his upcoming album ‘One Hand on the Starry Plough’, due out on 11 February 2022.

Farewell, OK
The Boy Named If
Penelope Halfpenny
The Difference
What If I Can’t Give You Anything But Love?
Paint The Red Rose Blue
Mistook Me For A Friend
My Most Beautiful Mistake (guest vocal by Nicole Atkins)
Magnificent Hurt
The Man You Love To Hate
The Death Of Magic Thinking
Trick Out The Truth
Mr. Crescent