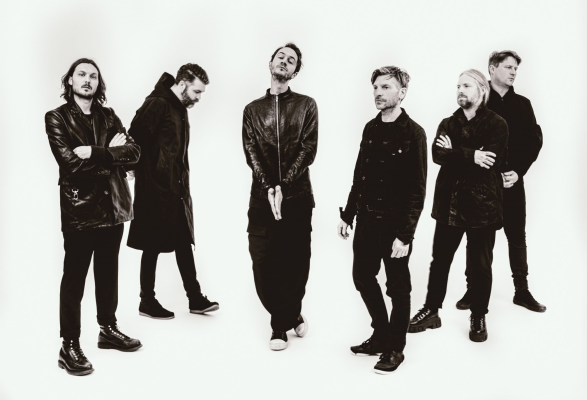 Editors have revealed details of their seventh studio album ‘EBM’, due out on 23 September 2022.

The release will be the first with new band member Benjamin John Power, AKA Blanck Mass, who was announced as a full-time addition last month along with the album’s first single ‘Heart Attack’.

The band have dropped follow-up track ‘Karma Club’ plus an official music video.

The six-piece have also confirmed that they’ll be embarking on a UK & Ireland tour in early 2023, giving fans the opportunity to hear the new tracks performed live.

Power commented, “There is a strong physicality to this record. EBM started its life with the intention of connecting with people and filling a very physical space. There is also however an emotional physicality running throughout; An urgency and a sense of panic. An unease. Even in its more tender moments there is a yearning for connection.”

‘EBM’ kicks off the next era for the English indie rockers. The album title is an acronym of Editors and Blanck Mass as well as gives a nod to Electronic Body Music, which has hugely influenced the band’s new material.

All six previous studio albums over their 17-year career have charted in the UK Top 10, with two scoring No.1’s, and their debut ‘The Back Room’ shortlisted for the Mercury Prize.