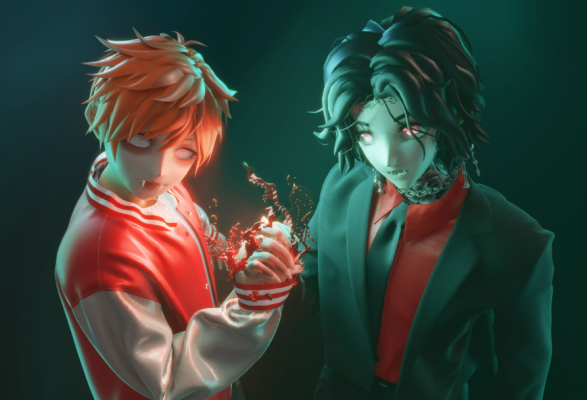 Ed Sheeran and Bring Me The Horizon have officially released their collaborative version of ‘Bad Habits’.

Sheeran performed the alternate, high-energy version of his hit single with the British rockers when they took to the stage together at the BRIT Awards last week for the opening performance.

Ed Sheeran commented, “I really enjoyed the show last week and I think people will really like the new version. Excited to get it out x”

Bring Me The Horizon frontman Oli Sykes said, “From receiving the email asking whether we’d like to open the brits with Ed Sheeran to us chatting and bouncing ideas to rehearsing and then performing and now releasing, this has needless to say been pretty mental. But we are all about pushing the boundaries of our own and other genres, so this felt like the perfect challenge.”

The original version of ‘Bad Habits’ first released back in June 2021 and went on to spend 11 consecutive weeks at the top of the UK chart, making in the longest-running consecutive No.1 of last year.

Ed Sheeran will be taking his + – = ÷ x Tour to stadiums across the UK & Ireland this year with support from Maisie Peters.

The singer will also play a string of sold-out warm-up shows in London & Brighton in March/April.

Bring Me The Horizon will be heading to the Reading & Leeds Festival this summer at Richfield Ave, Reading / Bramham Park, Leeds on 26-28 August 2022.