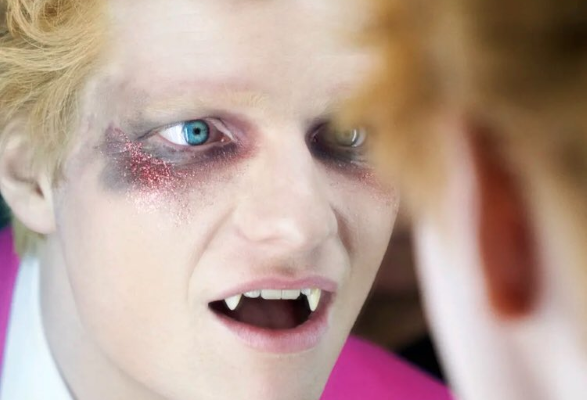 Ed Sheeran has confirmed his return with the announcement of brand new single ‘Bad Habits’.

The track is due to land on 25 June 2021 and will be the singer-songwriter’s first solo single in almost four years.

Ed took to social media to share the exciting news after a string of London landmark projections of him in vampire costume appeared overnight at multiple locations, including Tate Modern. He also teased a brief snippet of the song on Instagram – CHECK OUT THE POST HERE:

Discussing his comeback Ed Sheeran commented, “I’ve been working away in the studio over recent months and I can’t wait for you to hear Bad Habits. I always aim to push myself and my music in new directions and hopefully you’ll hear that on the new single. Feels great to be back!”

Sheeran is due to perform live from Ipswich Town’s Portman Road on 25 June for TikTok’s UEFA Euro 2020 show. The set will be streamed globally on TikTok (@edsheeran) from 9pm BST and will include a number of fan favourites as well as his first-ever live performance of ‘Bad Habits’.

‘Bad Habits’ will mark Sheeran’s first official release since 2019s UK No.1 ‘No.6 Collaborations Project’. It will also be his first solo single since ‘Happier’, taken from his hugely successful 2017 album ‘Divide’.