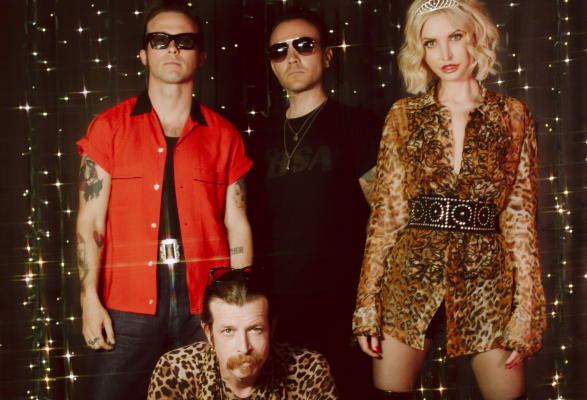 Eagles Of Death Metal are heading back to the UK for the first time in over two years with their 24th Anniversary Tour, including a show at London’s iconic Roundhouse.

Bones UK will support on all dates.

The run of shows is the first of what is expected to be a multi-year trek that will take the band through Europe, Australia, New Zealand, Southeast Asia, the US and Canada.

Frontman Jess Hughes commented, “Having been stuck in and around the house for over a year has had me pacing like a caged animal…I cannot wait to let loose and get back out on stage to do my thing for all the lovely people around the world. Rock ‘n Roll is meant to be shared, and I can only shake my d**k around the house and perform for my cat for so long before she starts flat-out ignoring me.”

EODM was first formed in 1998 in Palm Desert, California by best friends Jesse Hughes and Joshua Homme. The rockers released ‘Peace Love Death Metal’ in 2004, followed by ‘Death By Sexy’ in 2006, ‘Heart On’ in 2008, ‘Zipper Down’ in 2015 and ‘Eagles Of Death Metal Presents Boots Electric Performing The Best Songs We Never Wrote’ in 2019.

Renowned for their high-energy performances and feel-good vibes, the live band also features Jennie Vee on bass, Jorma Vik on drums and Joshua Jove on guitar.