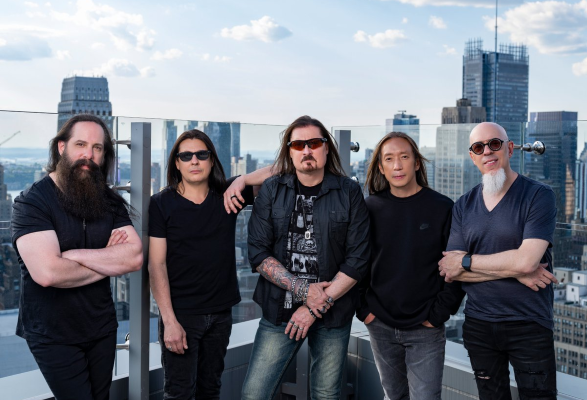 Dream Theater will bring their Top Of The World Tour to Belfast, Newcastle and London arenas in spring 2022.

Tickets on Presale Thursday (02 September) at 10am from AXS Ticketmaster

The tour will be in support of the American progressive metal band’s much-anticipated 15th studio album ‘A View From The Top Of The World’, due out on 22 October 2021.

The upcoming full length was produced by John Petrucci, engineered and additional production by James “Jimmy T” Meslin, and mixed/mastered by Andy Sneap.

The album is set to feature recent single ‘The Alien’ – CHECK OUT THE OFFICIAL MUSIC VIDEO HERE:

The group, which comprises of John Petrucci, Mike Mangini, James LaBrie, John Myung and Jordan Rudess, was in the middle of a sold-out world tour in support of their last release ‘Distance Over Time’ and the 20th anniversary of ‘Scenes From A Memory’ when the global pandemic hit.

Their legion of dedicated fans can now look forward to hearing all the music from their forthcoming album live on tour next year.

Dream Theater ‘A View From The Top Of The World’ Full Album Tracklisting: