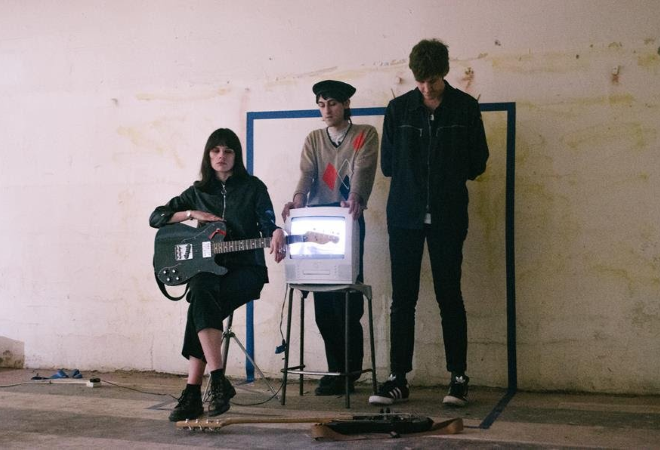 Drahla have announced their highly-anticipated debut album Useless Coordinates as well as an accompanying UK tour.

The Leeds trio’s album will drop on 03 May 2019 and feature new single ‘Stimulus For Living’. The track is the second to be lifted from the upcoming release following last summer’s ‘Twelve Divisions Of The Day’.

Useless Coordinates was recorded by the band, with the welcomed addition of saxophonist Chris Duffin, in Yorkshire during the second half of last year – check out the full tracklisting below.

Drahla have toured extensively across the US and Europe and have recently announced details of their May UK headline tour with stops in Glasgow, Leeds, Manchester, Liverpool, Birmingham, Cardiff, Leicester, London, Brighton, Oxford and Guildford. Tickets are on sale now from Gigantic Eventim Ticketmaster Ticketweb See Tickets

Emerging as one of the most visceral and exciting new bands on the scene in 2015, Drahla have perfected their bass-heavy sound, blending wiry, dark post-punk with unpredictable art-rock. They have also developed a reputation for being a fervent live-act, sharing stages with the likes of Parquet Courts, METZ, Ought, Buzzcocks and The Cribs.