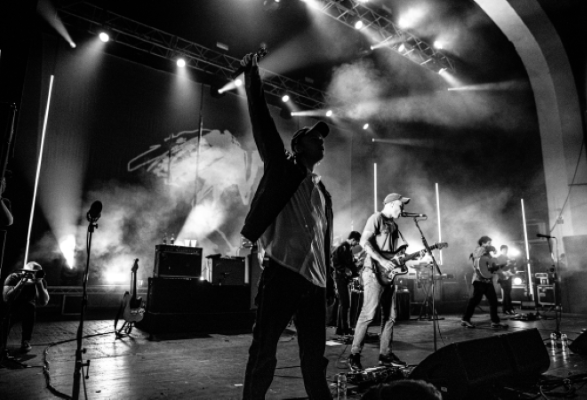 Recorded at the O2 Academy Brixton in London where the band played their biggest headline show to date in front of a sold-out audience back in April 2020.

DMA’s extended from their usual line-up as a trio to a powerful sextet for the live performance. The show opens with ‘Feels Like 37’ accompanied by 5,000 voices passionately singing along to its killer hook. The set goes on to include early favourites ‘In The Air’ and ‘Lay Down’ plus new material such as ‘Silver’ and ‘Life Is A Game Of Changing’ from their hugely successful third studio album ‘THE GLOW’, which reached No.4 in the UK and No.2 in the band’s native Australia.

‘Live at Brixton’ will be released digitally as well as on a striking smoke-effect pink/orange limited edition double vinyl and will also include an essential souvenir of the event. Pre-order HERE.

DMA’S commented: “Our first ever show in the UK was the opening slot at Brixton Academy so this is just totally emblematic of the support that has grown overseas we are ever grateful for. It’s still the greatest show we have ever played and we will never forget that night. See you all soon! Stay safe.”

LISTEN TO ‘LAY DOWN’ LIVE HERE:

The rockers played select shows in Australia last year as well as a televised New Year’s Eve special from Sydney Harbour. They have rescheduled their run of UK dates for 2021, including a huge 10,000 capacity gig at London’s Alexandra Palace and a string of outdoor summer shows. 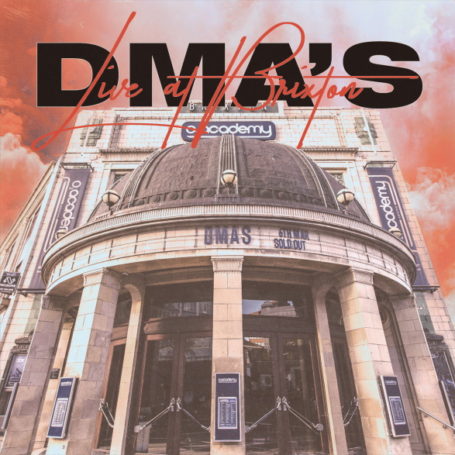