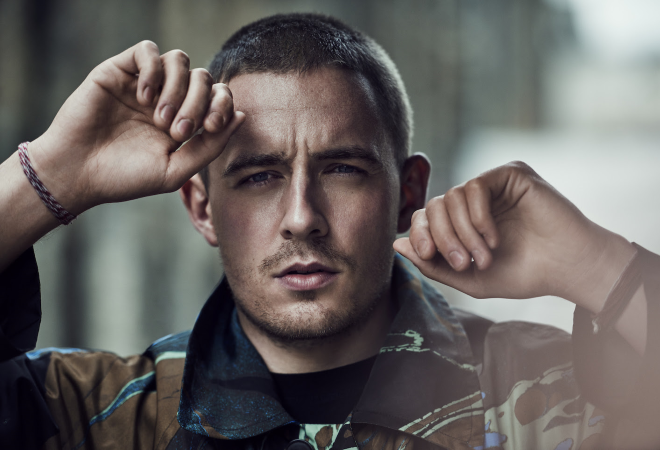 Dermot Kennedy has unveiled the official music video for his new single ‘Outnumbered’ as part of YouTube’s ‘Artist on the Rise’ content series.

In addition, the rising singer-songwriter has confirmed details of his debut album Without Fear, due out on 27 September 2019.

He commented on the new visuals for his single saying, “With this video what I wanted to show was a lot of different people in different situations, all reaching some level of comfort within their struggle. That despite whatever hardship they’re enduring, they feel some solace knowing that it will pass and that through love and support from the people closest to them, good times will find them again.”

Dermot’s global streaming numbers surpass over 600m across all platforms. He recently made his US TV debut on The Late Show with Stephen Colbert followed by an appearance on The Ellen Show where he performed his powerhouse single ‘Power Over Me’. The track has reached No.1 in France, Germany and Belgium as well as gone 2x Platinum in Ireland, Platinum in the Netherlands and Switzerland and Gold in Canada.

Following a run of sold out shows across the UK and Europe, the Irish artist played an incredible live performance at this year’s Glastonbury festival. He also hit the stage for his first ever festival headline slot at Barn On The Farm, which followed sets at All Points East and Coachella.

He will head out on the road again later this year for his biggest ever headline UK tour, including two London dates at the Eventim Apollo plus two huge nights at Dublin’s 3Arena.