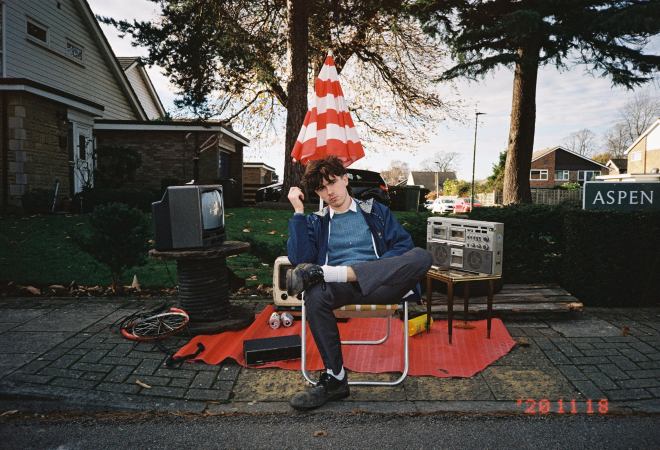 The video was directed by Jocelyn Anquitil and sees Declan convening with the devil, amongst others, in a quintessentially British cul-de-sac.

Discussing the track Declan commented, “Rapture – though it seems to touch on the current state of the world – was born early last year, and reflects some of my thoughts on the end of the world and the threats that humanity will face in the future, and on common fears for the future. The problem we face now seems to be that for each common fear there is a contrasting view that at least appears to have wide support, I guess my worry now is how such huge numbers of people can move forward without unity under immediate threat. The new music video isn’t the most serious in concept, for a song based around the end of the world in times so hard for not just myself but all those involved in making it, we had to seek some joy and humour… and we had to shoot outside in the cold.”

CHECK IT THE MUSIC VIDEO HERE:

The track follows previous releases ‘Be An Astronaut’, ‘Daniel, You’re Still A Child‘, ‘Beautiful Faces’ and ‘The Key To Life On Earth’.

The fast rising artist’s new album was recorded out in Nashville and produced by Jay Joyce with mixing by Spike Stent. Blending all things psychedelic with his signature indie pop sound, ‘Zeros’ looks set to be one of 2020s stand out releases.

‘Zeros’ is the official follow-up to 2017s critically acclaimed debut album ‘What Do You Think About The Car?’, which earned the singer-songwriter an impressive 230 million streams and 200,000 album sales.

The new record’s eco-conscious packaging has been manufactured using 100% recycled card or responsibly sourced FSC paper from sustainable forests, and then printed with vegetable or soya-based ink. The vinyl is pressed on 100% recycled compound, and the limited edition cassette format is made from recycled plastic. Fans will also have the option to offset their carbon footprint via Carbon Checkout.

Declan McKenna will be heading out on a lengthy headline UK & Ireland tour in spring 2021 in support of ‘Zeros’ – see full details on dates and venues here:

You Better Believe!!!
Be an Astronaut
The Key to Life on Earth
Beautiful Faces
Daniel, You’re Still a Child
Emily
Twice Your Size
Rapture
Sagittarius A*
Eventually, Darling