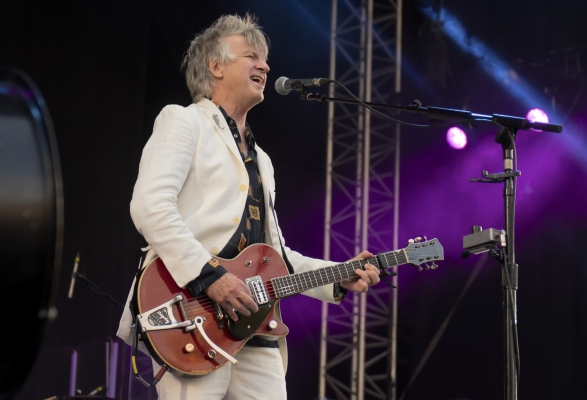 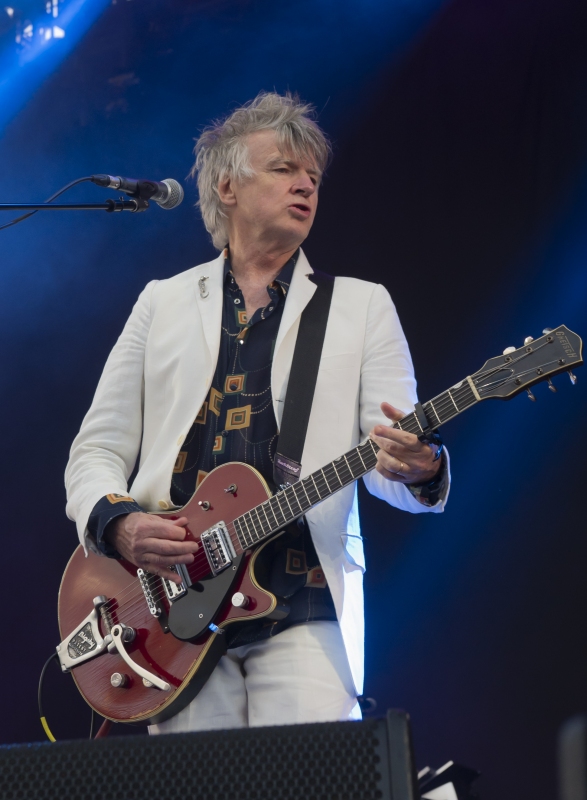 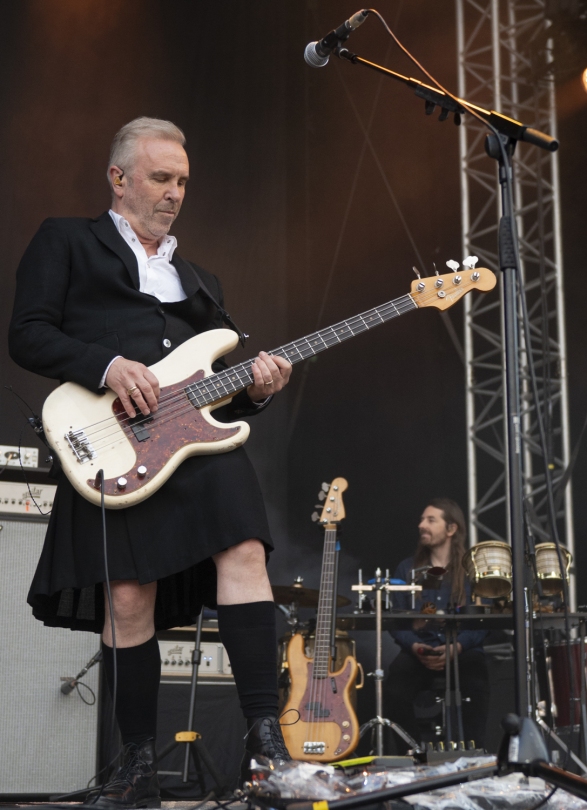 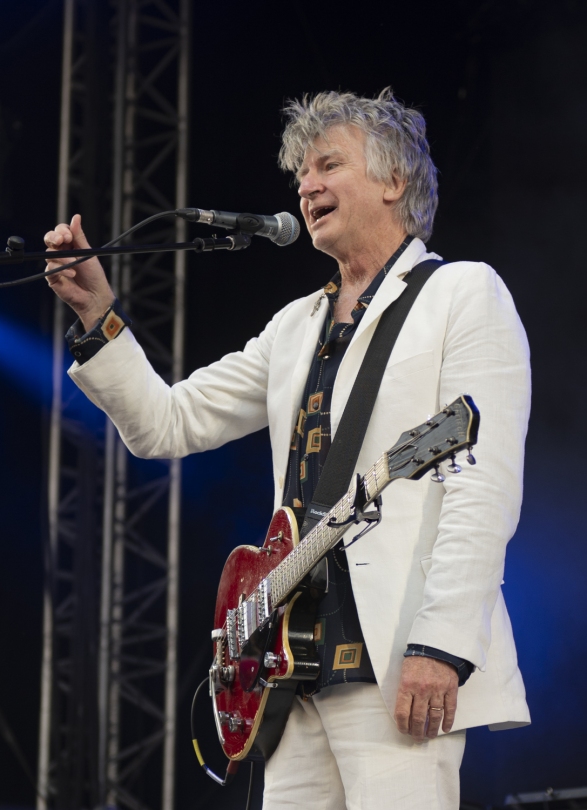 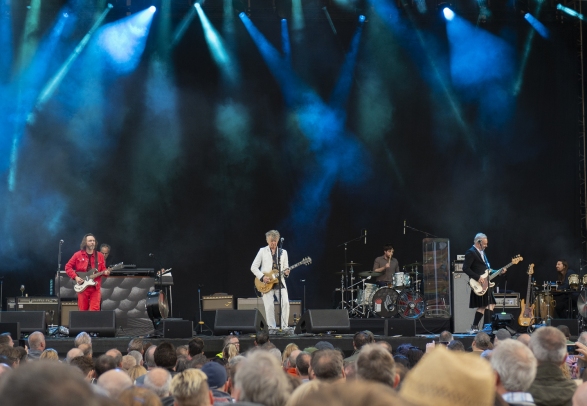 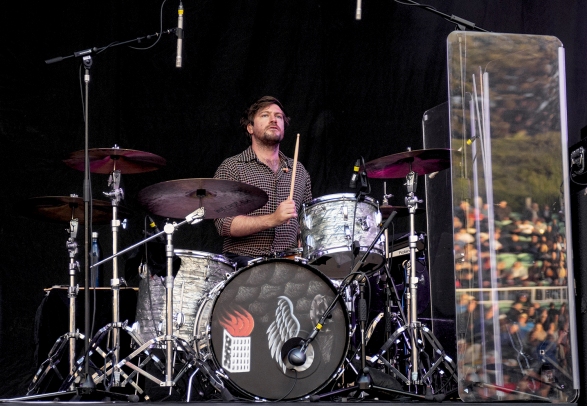 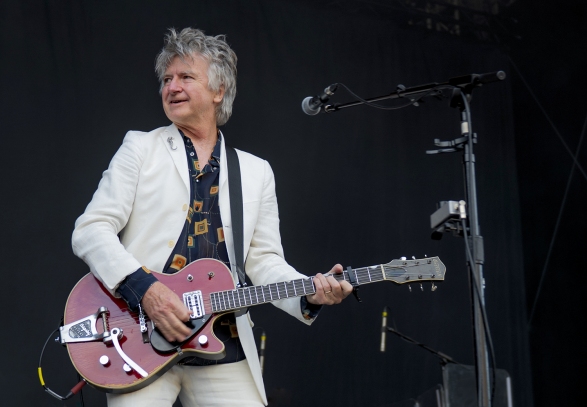 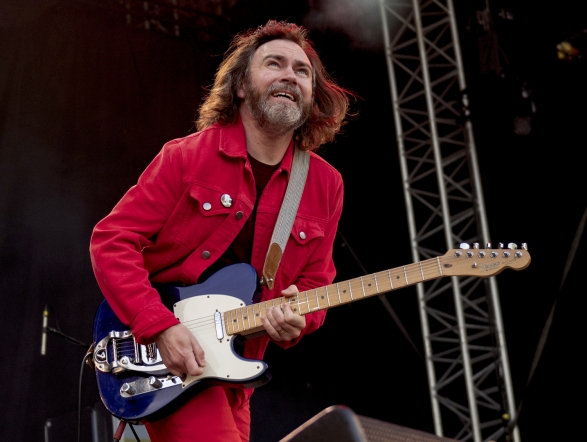 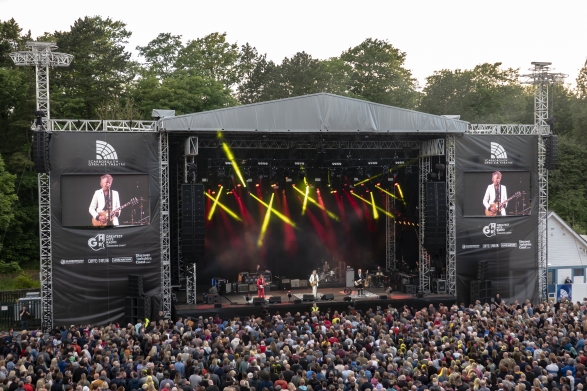 When the news broke that Australian band Crowded House had simply delayed their UK tour by a year due to the pandemic and that they would still visit the UK this summer it was a big relief to their multitude of fans. It meant that their one northern date at Scarborough’s Open Air Theatre was able to take place last Saturday. It was their first in the region since a visit to Newcastle in 2010.

There have been a few line-up changes since that last visit twelve years ago. Still at the band’s core are primary songwriter Neil Finn on guitar and vocals along with Nick Seymour on bass. They were joined by Mitchel Froom on keyboards and Finn’s sons Elroy on drums, Liam on guitar/vocals and Paul Taylor on percussion. Quite a family affair, made even more so by Liam providing an opening solo set of material ahead of the main act.

The band have, of course, a wonderful back catalogue of memorable tunes, many of which got a hearing in Scarborough in an enticing setlist. Last year they also released an excellent new album entitled “Dreamers Are Waiting” and they treated us to several numbers from it, including “To the Island”, “Show me the Way” and “Playing With Fire”.

They began strongly with two old favourites – “Distant Sun” and “It’s Only Natural” – and during “Pineapple Head” the band managed to incorporate a verse of The Beatles’ “Norwegian Wood”.

Introducing the melancholic “Playing With Fire”, Finn explained some of the family mythology about the song which recounts a brief relationship his battle-weary father had in Italy during the war with a local girl.

Neil Finn – who happens to be such a good guitarist that he had a spell replacing Lindsay Buckingham for a while in Fleetwood Mac in 2018 – was in particularly good form, chatting to the crowd and recalled a visit to Hull when first touring here with his band Split Enz in the early 80’s and even joining in the inevitable, “Yorkshire, Yorkshire” chant.

A mid-set section of “Private Universe”, “Four Seasons in One Day” and “Weather With You” was possibly the highlight of the evening, and was followed by the more recent “Whatever You Want”, a blistering takedown of persistent liars telling you whatever you want to hear. “But they will follow him down / To the edge of the cliff / And if he tells them to jump / They will jump right in.” A prescient song for these strange times for many around the world.

“Don’t Dream” and a mass singalong to “Something So Strong” finished the set before the band returned to the stage for a couple of nostalgic Split Enz songs, “Message to my Girl” and “I Got You”. There was more audience participation on “Better Be Home Soon” helping the band brought a wonderful show to a close.