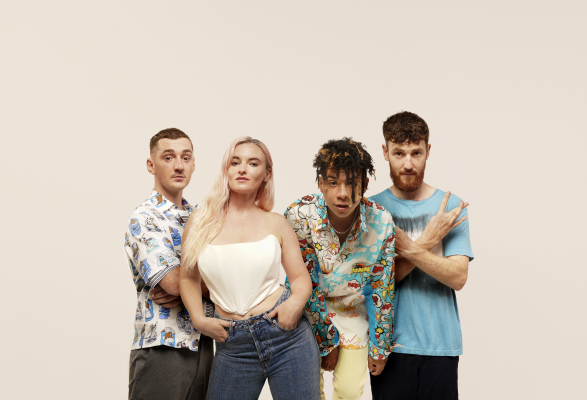 The track was written by the band together with dior and Bastille’s Dan Smith, with production by Clean Bandit’s Grace and Jack alongside Mark Ralph.

The genre-bending song’s heartening message is brought to life in the official music video, directed by the visionary band on location in Jamaica, and due to premiere at 4pm today (29 January).

Clean bandit returned with new music last August in the form of smash hit single ‘Tick Tock’ featuring BRIT Award-winning breakthrough artist Mabel and 24kGoldn. The track earned them their 10th UK Top 10 single, making them and Little Mix the only British groups to have a new single in the Top 10 of the Official Singles Chart in 2020.

‘Tick Tock’ has since clocked-up over a quarter of a billion global streams and more than 54 million views of the official music video.

The trio’s 2014 breakout single ‘Rather Be’ featuring Jess Glynne earned them a Grammy Award win for Best Dance Recording. They have since gone on to collaborate with the likes of Demi Lovato, Zara Larsson, Anne-Marie and Sean Paul as well as received numerous BRIT nominations. To date, their music has accumulated 14.5 billion streams and 6.2 billion YouTube views.