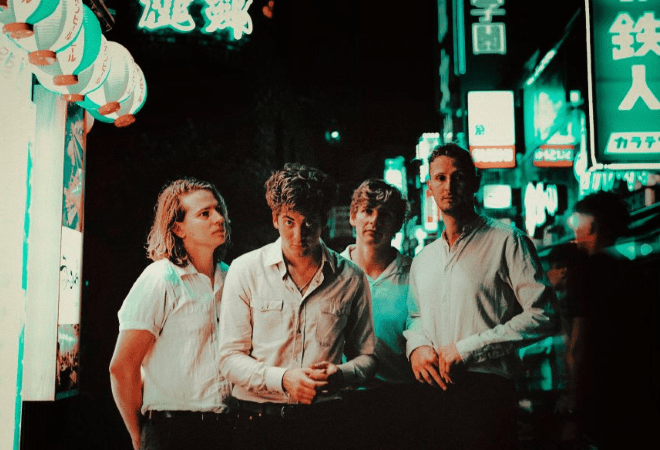 The original ‘Sad Happy’ appeared on the band’s latest record of the same title, which was their highest charting release to date and debuted at No.4 on the UK Official Album Charts.

Commenting on the track, Circa Waves frontman and chief songwriter Kieran Shudall said, “Sad Happy was produced as a deliberately big electronic indie tune but began as a small box room demo – It’s good to strip back a song to its bare bones and see how it started. Sadder Happier was recorded and produced in my home studio – The Boxroom recordings.”

The ‘Sad Happy’ album was penned and produced entirely by Shudall with mixing by Grammy winners Dan Grech-Marguerat and Matt Wiggins. Its release followed 2019’s Top 10 Charting UK Album ‘What’s It Like Over There?’.

LISTEN TO THE EP HERE:

The Liverpool four-piece recently confirmed rescheduled tour dates for this September – details below: