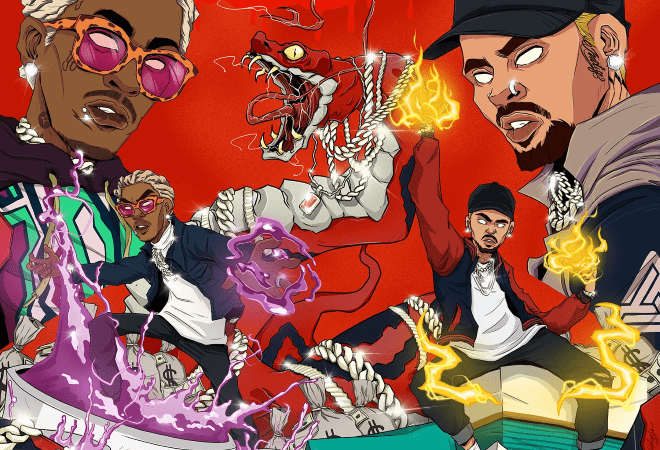 Chris Brown has teamed up with Young Thug to release their first full-length mixtape entitled ‘Slime & B’.

The pair previously worked together on tracks like ‘High End’ alongside Future, ‘Wrist (Remix)’ featuring Jeezy and ‘Dat Night’ with Trey Songz.

LISTEN TO THE ‘SLIME & B’ MIXTAPE HERE:

Since dropping his 2005 debut release, Chris Brown has sold over 30 million albums worldwide as well as surpassed over 10 billion digital audio streams. The ‘Run It’ singer has taken home more than 125 awards, including a Grammy for his 2011 offering ‘F.A.M.E.’ The chart topper has amassed over 100 million views, with 40 of his music videos clocking up over 100 million views each, earning him the title of male artist with the most Vevo certified videos ever and ‘Diamond’ status from the streaming platform.

Young Thug is also no stranger to chart success. After first emerging on Atlanta’s hip hop scene with his 2011 mixtape series, he catapulted onto the mainstream and has since become the CEO and founder of the multi-platinum selling record label ‘Young Stoner Life Records’. Thug recently achieved his first No.1 album with ‘So Much Fun’ and became the first hip hop artist to have three top 5 rap albums debut on the Billboard charts in one year.