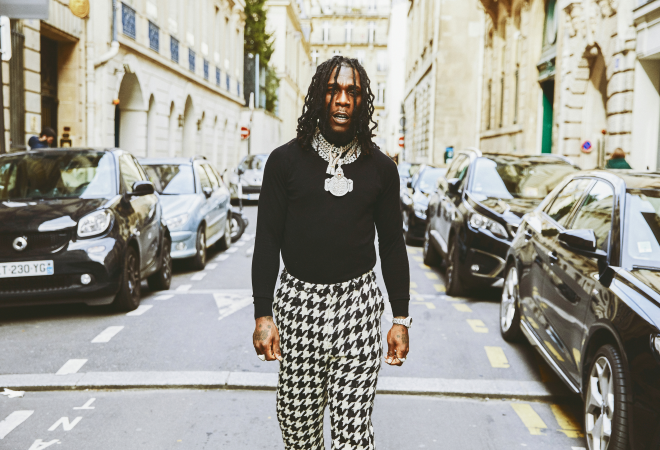 Burna Boy has revealed that his upcoming studio album ‘Twice As Tall’ is set to be released on 14 August 2020.

The record was executive produced by Sean ‘Diddy’ Combs, Bosede Ogulu and Burna Boy himself, and will be the official follow-up to 2019s Grammy-nominated ‘African Giant’.

The album will also mark Diddy’s return to the studio since executive producing Nipsey Hussle’s ‘VICTORY LAP’ in 2018.

Most of ‘Twice As Tall’ was recorded in Lagos during the current global coronavirus pandemic and features Nigerian producers such as LeriQ, Telz, P2J and Rexxie alongside celebrated producers Mike Dean, Timbaland, Skread and Jae5, who also contributed to the 15-track project.

Additionally, the Grammy/BRITs-nominee teamed up with the likes of Chris Martin, Stormzy, Youssou N’Dour and Naughty by Nature – check out the full tracklisting below.

Burna described the album’s first single ‘Wonderful’ as a song about the ‘wonders’ of seeing the impact of his music on people’s lives whilst on the road touring. He commented, “It’s important for me to show that music is a uniting force that transcends state lines, barriers and borders. This song is about the ‘wonders’ of seeing the impact of my music on people’s lives as they shared their joy, pain and pleasure with me while I toured the world…It serves as a note that no matter how far you go, or how hard you work; you must be ready to come home, the pandemic forced us all to take refuge in our homes. Above all, Africa is home, it is the motherland to all people. For us to truly matter, Africa has to matter.”

The Afro-fusion star also recently released ‘My Oasis’ with Sam Smith as well as track ‘Odogwu’ in March, however neither songs will feature on the new album.