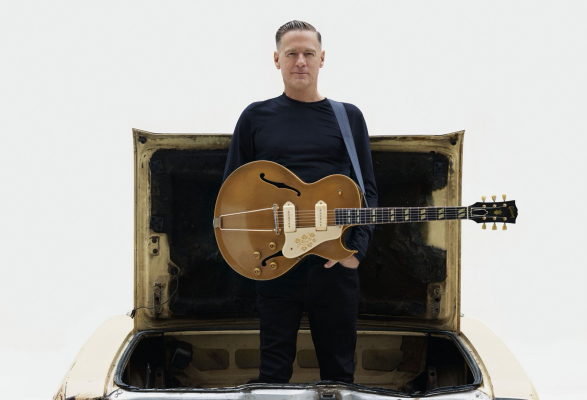 Bryan Adams has announced the ‘So Happy It Hurts’ UK & Ireland tour for summer 2022 alongside rescheduled dates.

Feeder confirmed as special guests for outdoor shows in July.

Bryan Adams has also revealed that his forthcoming studio album ‘So Happy It Hurts’ is due out on 11 March 2022.

The record will mark his 15th release to date and will feature 12 new songs co-written by him, including the album’s title track.

He commented, “The pandemic and lockdown really brought home the truth that spontaneity can be taken away. Suddenly all touring stopped, no one could jump in the car and go…The title song ‘So Happy It Hurts’ is about freedom, autonomy, spontaneity and the thrill of the open road. The album of the same name, touches on many of the ephemeral things in life that are really the secret to happiness, most importantly, human connection.”

Alongside new music, fans can expect to hear the multi-million selling recording artist perform hits from his extensive back-catalogue including ‘Run To You’, ‘Summer of ‘69’, ‘Heaven’ and his huge 1991 hit single ‘(Everything I Do) I Do It For You’. The track, which featured in Robin Hood Prince of Thieves, still holds the record for the most consecutive weeks spent at the top of the UK singles chart with an impressive 16-week run.

The singer-songwriter and guitarist unveiled his ‘Ultimate’ compilation album back in 2017, featuring a selection of his biggest hits alongside two new tracks ‘Ultimate Love’ and ‘Please Stay’. His most recent release ‘Shine a Light’ followed in 2019.

Bryan Adams has been touring the globe for almost four decades and his music has achieved No.1 status in over 40 countries. He has won numerous Juno Awards and a Grammy Award as well as been nominated for five Golden Globe Awards and three Academy Awards.