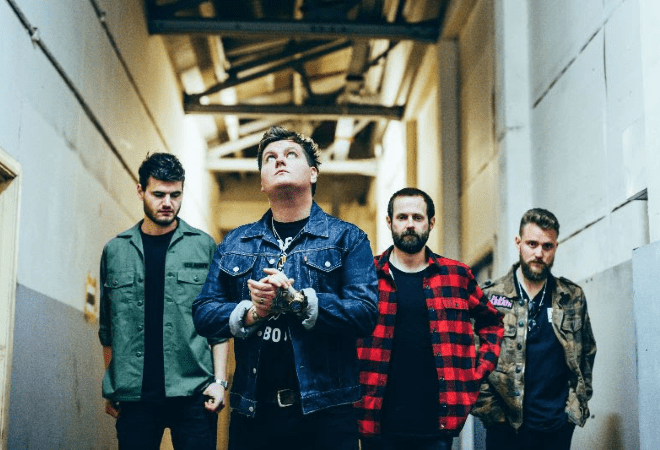 Broken Witt Rebels have shared the official music video for the title track of their new album ‘OK Hotel’.

The visuals feature super-8mm style footage of the USA along with backstage and performance clips. The band commented, “’OK Hotel’ was actually inspired by some of the places we have stayed in while touring in Europe but it’s also a song that really reflects how America hit us as four lads from Birmingham; the wide open roads, the imagery, it was a bit like stepping into the set of some of our favourite films growing up. The video nails that feeling for us. Ross Syner who directed knows how to express that visually.”

The song follow’s previous singles ‘Rich Get Richer’, ‘Running With The Wolves’ and ‘Money’. The album has received high praise from the likes of Classic Rock, Maverick Magazine, Planet Rock, Powerplay and more. All 13 tracks pay tribute to the Birmingham rockers hometown, honouring their working-class roots as well as demonstrating their ability to create honest and relevant music for the 21st century.

Broken Witt Rebels will be hitting the road on a headline tour later this year in support of the new album – check out all rescheduled dates below: