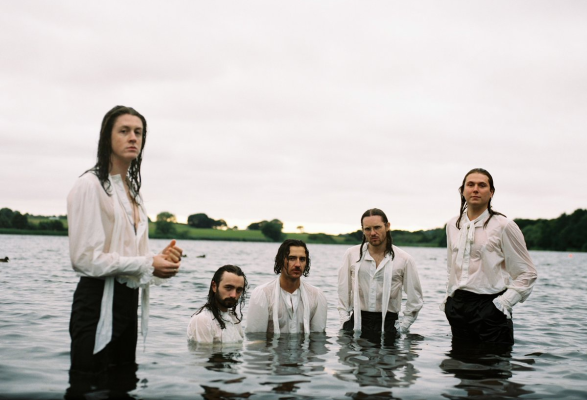 Blossoms have announced an extensive UK & Ireland tour for November/December 2022.

Blossoms have played a series of huge gigs this summer, including a support slot at a string of The Killers UK stadium shows.

Since forming in 2013, the band have achieved widespread success and acclaim. Their 2016 debut topped the album charts for two consecutive weeks and went on to earn BRIT Award and Mercury Prize nominations.

Their 2018 follow-up ‘Cool Like You’ charted at No.4 in the UK album chart and featured anthemic singles ‘I Can’t Stand It’, ‘There’s A Reason Why (I Never Returned Your Calls)’ and ‘How Long Will This Last?’.

The Stockport indie-rockers’ third studio release, 2020s ‘Foolish Loving Spaces’, was their second UK No.1 album, while their recent fourth studio LP ‘Ribbon Around The Bomb’ was their third. Their latest offering boasts standout tracks ‘Ode To NYC’, ‘The Sulking Poet’ and ‘Care For‘.

To date, Blossoms have achieved five top 5 albums in the UK, including 202s ‘In Isolation/Live From The Plaza Theatre, Stockport’.