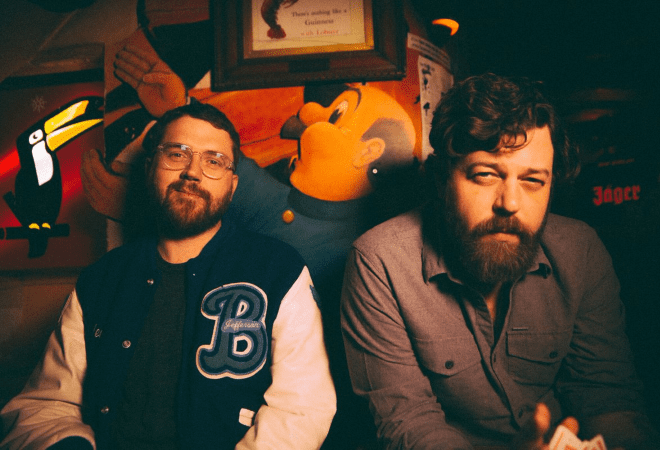 Bear’s Den have announced their brand new EP ‘Only Son of the Falling Snow’, due out on 06 December 2019.

The EP follow’s the band’s acclaimed 2019 album ‘So That You Might Hear Me’, which debuted at No.13 in the UK. The release will feature three tracks including ‘The Star of Bethnal Green’, ‘Longhope’ and title track ‘Only Son of the Falling Snow’ – LISTEN TO IT HERE:

Andrew Davie commented, “We wanted to make an EP that felt intimate, nostalgic and felt united by the theme of Winter. It was a chance between albums for us to work on and explore something more musically sparse and lyrically reflective, working with our longtime friend, collaborator, and producer Ian Grimble. The EP is a collection of songs united by a sense of what Winter means to us. In all its beauty, sadness, stillness and its ability to transform and bring things back to life.”

Bear’s Den launched the second season of their original podcasted series in September this year. Featuring in-depth interviews with both Andrew Davie and Kevin Jones, it is hosted by LA-based podcaster and the band’s former tour manager Danny Carissimi – click here to listen.

The British folk rockers have sold approximately 500,000 records as well as sold-out London shows at the Roundhouse, Brixton Academy and Eventim Apollo. This summer they joined Neil Young as support on his run of stadium shows in Germany. Next month they will embark on their own tour across the UK before heading to Europe.