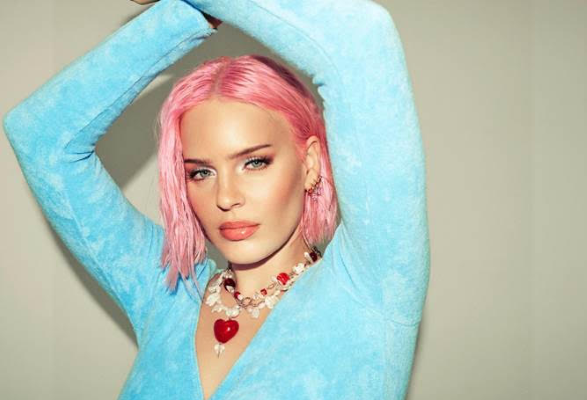 Anne-Marie has unveiled the full tracklisting of her highly-anticipated second album ‘Therapy’, due out on 23 July 2021.

Anne-Marie will be performing the new album in its entirety for the first time on 07 August as part of a global livestream event hosted on streaming platform, ON AIR.

Tickets on sale now from AXS

The songstress recently teamed-up with Niall Horan for single ‘Our Song’ as well as shared the official music video, directed by  Michael Holyk and loosely inspired by Bonnie & Clyde.

‘Therapy’ will be the official follow-up to Anne-Marie’s multi-platinum, four-million selling 2018 debut release ‘Speak Your Mind’. The album featured hit singles like ‘Alarm’, ‘Ciao Adios’, ‘FRIENDS’ and ‘2002’ and was the UK’s biggest-selling debut release of that year.

She commented, “Ugh, it feels SO GOOD to announce my new album, Therapy.

Music is a source of healing for everyone and music is therapy itself, right?! I hadn’t realised until we were hit by the pandemic just how much I NEEDED music. I need to perform. I need to write. My lyrics are my open diary to you all and writing this album has helped me focus and understand my feelings. I needed this album.

As well as seeking therapy from writing and music in general, I’ve also been on a journey of seeing a psychiatrist this past year and it has changed my life. I’ve always tried to be as open as I can with my fans about my own journey and through seeing a professional, I’ve been able to start combatting and understand the anxieties my brain has dealt me over the years. I am learning, and I am progressing.

This album helped me get to that place too and it encapsulates lots of feelings and emotions, whether it’s tracks that focus on my own ride, or the ones that I have just loved making, and I hope you can lose yourself in it.

I made this for you and me.”

Anne-Marie has become one the globe’s most successful pop stars since hear breakthrough in 2016. Her music has accumulated over five billion streams and in addition to her platinum selling-debut full-length, she has released five Top 10 singles to date.