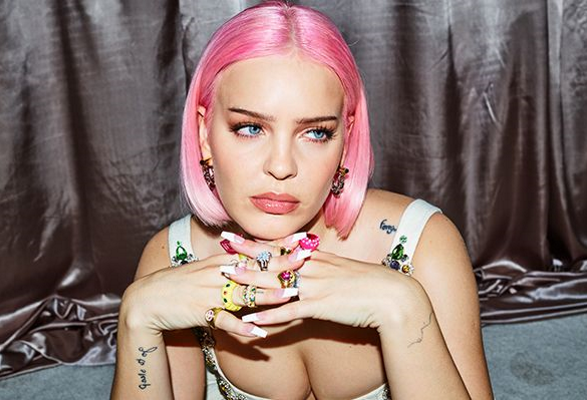 The song was penned by Max Martin, Ed Sheeran and Elvira Anderfjärd, who also produced the track.

‘Beautiful’ is accompanied by a poignant music video that follows the remarkable story of Syrian-born woman Dima. Anne-Marie got to know Dima through her own involvement in refugee charity, Choose Love, which is the same charity that connected the pop superstar with up-and-coming film director Hassan Akkad, who created the visual.

Anne-Marie took to her social media to share the new video posting, “I got to know @dima_aktaa’s story through the charity @chooselove, thank you so much Dima for featuring in the video and sharing your rehabilitation journey, I am so inspired by your strength…”

To support Dima on her journey to the paralympics, click here: https://t.co/SyvaMEur2O ✨ Support @chooselove by heading over to their store, where you can buy essential supplies for winter, such as warm blankets, kids coats and mental health care: https://t.co/nVuOTbURoW

Anne-Marie will hit the road with her ‘Dysfunctional Tour’ in May 2022. She has also joined the BRITs Week line-up of shows and confirmed a huge summer headline show for next year – full details below:

Tickets on sale Friday (17 December) at 10am from AXS Eventim