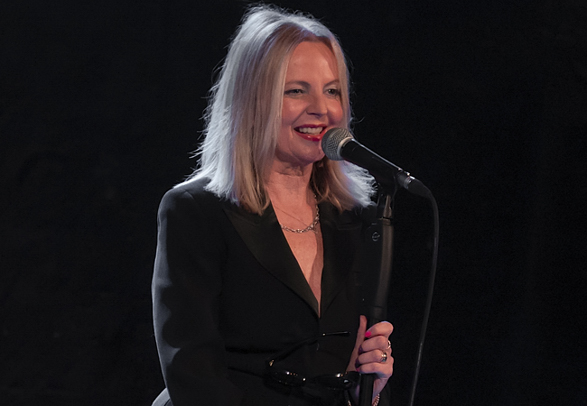 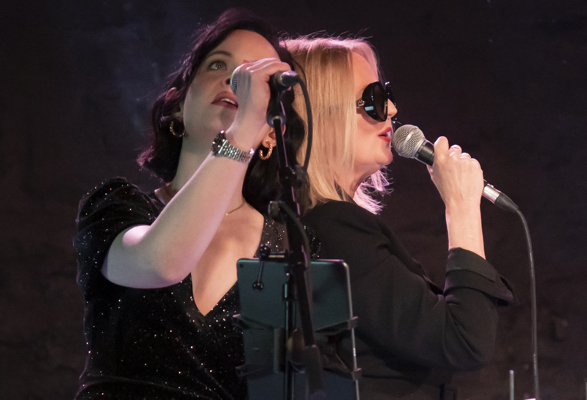 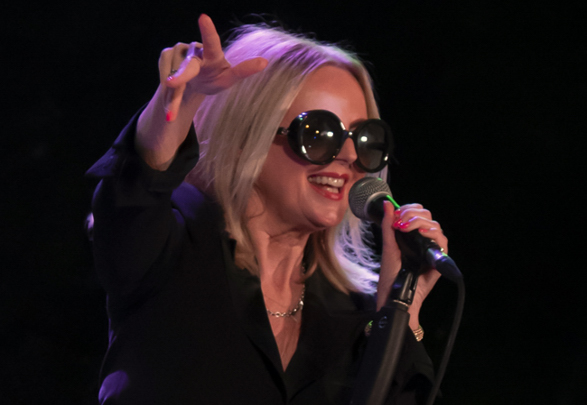 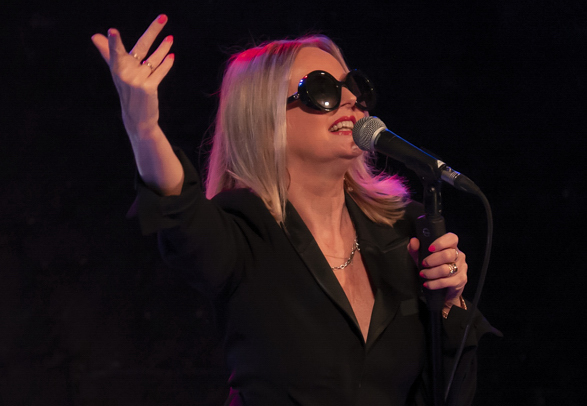 Back in the day, when they were being championed by John Peel I was lucky enough to catch Altered Images twice here in the North East. Firstly in Durham and the second was at Tiffanys in Newcastle. Support band at Tiffanys were A Flock of Seagulls, and as a few fans were enjoying a post-show beer with them suddenly a few of us were invited upstairs to meet the main act. The subsequent photo I have alongside Clare Grogan – her smiling politely whilst I look like my eyes are about to pop out with excitement – remains a great memory of those shows to this day.

That line-up of course has long gone but Clare keeps the memory of the band alive. To that end Altered Images are currently on a UK tour of small clubs and called at Stockton’s intimate Georgian Theatre last Friday evening. Often, the band are seen in bigger venues supporting bigger bands – last year it was with the Human League – so this was a good opportunity to see the band up close and to hear a longer setlist than normal. In a touch of almost personal synchronicity it was also nice to hear Flock of Seagulls playing over the PA between support band The Metatrons’ set before Altered Images took the stage too.

A new Altered Images album is promised later this summer, entitled ‘Mascara Streakz’ and with contributors said to include Bobby Bluebell, Bernard Butler and Grogan’s partner and former Altered Image Stephen Lironi it certainly sounds like it could be an intriguing release.

After the band took the stage, Grogan, dressed head to foot in black apart from a pair of sparkly, silver shoes shimmied on to join them in a huge pair of sunglasses and matching smile to match and the band launched into a jaunty version of ‘I Could Be Happy’.

‘See Those Eyes’ followed and as the song concluded, Grogan’s energetic dancing and shape throwing led to the inevitable as the sunglasses slipped down her face and we did indeed finally see her eyes.

Introducing ‘Insects’, Grogan confided “This was John Peel’s favourite track of ours!” and was the first song of the evening performed from the band’s debut release, ‘Happy Birthday’.

There were a handful of newer songs such as ‘Glitter Ball’ and ‘Beautiful Thing’ but the poppy ‘Mascara Streakz’ was the pick and hinted that the new album could contain a few surprises.

The band’s last non-compilation album ‘Bite’ is close to being forty years old now and contributed several songs to the set – ‘Love To Stay’, ‘Bring Me Closer’, ‘Change of Heart’ and a velvety version of ‘Don’t Talk To Me About Love’.

High spots were ‘Dead Popstars’, a sparkling cover of The Ting Ting’s ‘That’s Not My Name’ and a final singalong encore of ‘Happy Birthday’.

‘Mascara Streakz’ is scheduled for release on 26 August and a variety of packages and formats are available to pre-order from here.