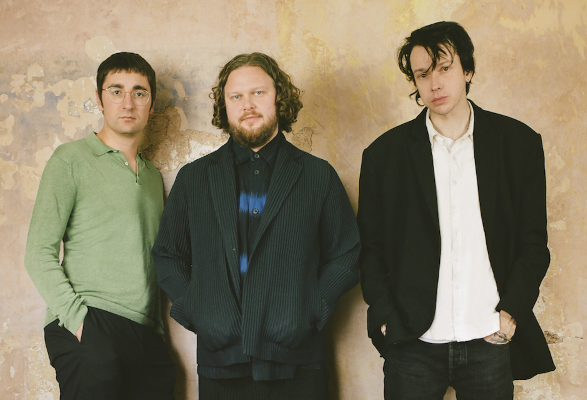 alt-J have shared new moving track ‘Get Better’, taken from their forthcoming album ‘The Dream’, due out on 11 February 2022.

The official follow-up to ‘U&ME’, it is one of the band’s most emotionally-charged songs to-date, featuring lead singer Joe Newman’s vocals alongside a melancholy solo guitar and harmonies from bandmate Gus Unger-Hamilton.

Newman commented, “‘Get Better’ is the union of two songs. The first was an improvised song I sang in 2018 to my partner who was suffering from period pain. To her I sang ‘Get better my Darcy, I know you can’. She filmed it and I kept revisiting the fragment with a plan to write more. The second was a chord structure I worked on in lockdown that focused on someone living through a bereavement. I felt a nervous heat when writing ‘Get Better’. The context of the Coronavirus pandemic lent my words a chilling weight and gave me a new sense of responsibility as a lyricist. Whilst the direct events described are fictional, I believe – or I hope – that it’s emotionally the most honest song I’ve written.”

The band has also announced a prize draw to win a Larrivee P-05 guitar, the same model of guitar that Newman wrote most of ‘The Dream’ on and used in the recording of ‘Get Better’, which he has inscribed with handwritten lyrics from the track. All proceeds from the draw will go to global children’s charity Plan International – ENTER HERE.

Fans can pre-order ‘The Dream’ from the official album store for exclusive ticket presale access.

alt-J are one of the most successful British bands of the millennium. Joe Newman, Gus Unger-Hamilton and Thom Green have released three studio albums, sold over two million copies as well as clocked-up more than two and a half billion times.

Their 2012 Mercury Prize and Ivor Novello Award-winning debut ‘An Awesome Wave’ was followed- up by their No.1 GRAMMY and BRIT Award-nominated album ‘This Is All Yours’. ‘RELAXER’ was then released in 2017 to become their second Mercury Prize nominated album.