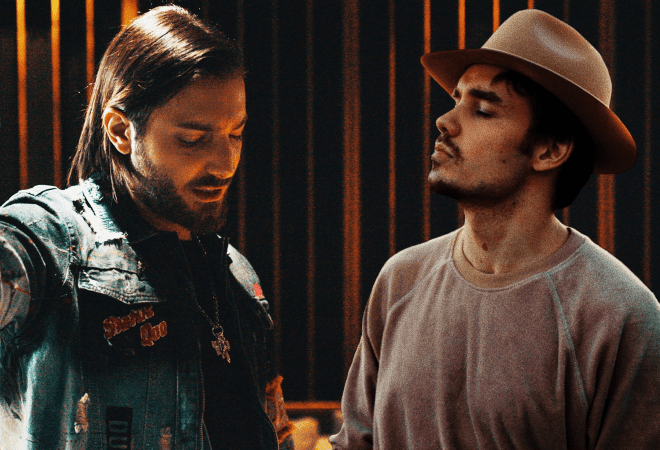 The song is accompanied by a performance video, shot by both artists separately during quarantine. The visuals show Grammy-nominated Alesso recording and mixing the track whilst self-isolating in LA, with Liam taking to his London rooftop overlooking the city at sunset to perform the single.

“During these difficult times Liam and I hope this song can bring some light.” Alesso

‘Midnight’ is the follow-up to Alesso and dance-music-duo DubVision’s joint release ‘One Last Time’. The Swedish DJ also recently teamed up with SUMR Camp on US Dance Radio No.1 record ‘In The Middle’ as well as headlined the 2020 X GAMES ASPEN alongside Rae Sremmurd and Bazzi.

Alesso’s music has accumulated almost four billion streams. He has collaborated with the likes of OneRepublic’s Ryan Tedder, Calvin Harris, Tove Lo, Swedish House Mafia’s Sebastian Ingrosso, Hailee Steinfeld, Florida Georgia Line, Anitta and many more. In the UK alone he has achieved four Top 10 singles with huge tracks like ‘Heroes (We Could Be)’ featuring Tove Lo, ‘Cool’, OneRepublic collab ‘If I lose Myself’ and UK No.1 hit single with Calvin Harris ‘Under Control’ featuring Hurts.

One Direction star Liam Payne recently dropped his highly anticipated debut album LP1. The platinum-selling artist has sold over 18 million singles as well as clocked-up over 4.1 billion streams. Also no stranger to collaborations, some of his previous singles include ‘Strip The Down’ featuring Quavo, ‘Stack It Up’ featuring A Boogie Wit Da Hoodie and Rita Ora duet ‘For You’.