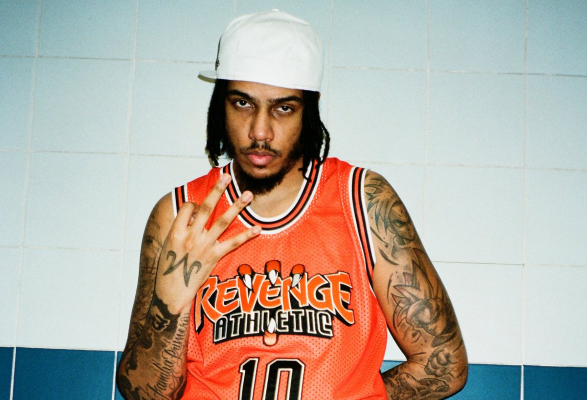 Please note this tour has been chancelled.

Message from AJ Tracey: Due to the ongoing uncertainty with the pandemic it’s become clear I won’t be able to deliver The Flu Game tour the way I wanted to & the way you lot deserve. It’s with regret that I am cancelling the tour and starting work on a completely new live experience for 2022.

AJ Tracey will hit the road across the UK & Ireland with The Flu Game Tour in November 2021.

The British rapper took to social media to share the exciting announcement saying, “I told you i’d be back Smiling face with horns ARENA TOUR this time no likkle shows who’s ready to go mad?!”

The tour will be in support of AJ’s eagerly awaited sophomore album ‘Flu Game’. The record, which officially dropped last Friday (16 April), is currently competing for the top spot on this week’s UK Album Chart.

The tour and its surrounding album campaign are influenced by the story of Michael Jordan and his Chicago Bulls team in the late 90s, drawing refences from one of his legendary championship games where he overcame a nasty bout of food poisoning and took the Bulls to the championship.

AJ is currently among the top nominees for this year’s BRIT Awards. In addition to being up for British Male Solo Artist, singles Rain’ ft. Aitch and Headie One/Stormzy collab ‘Ain’t It Different’ are both up for Song Of The Year.