Against The Current New EP ‘fever’ 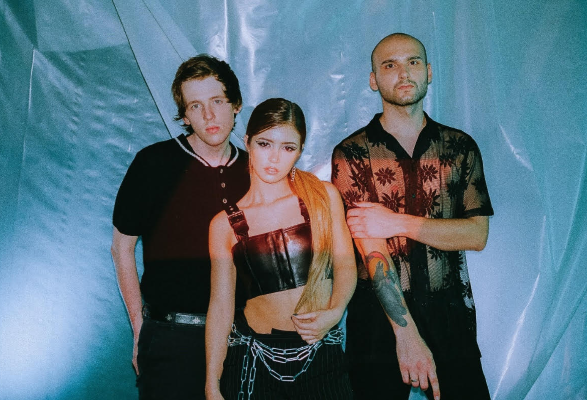 Against The Current have dropped brand new seven-track EP ‘fever’, their first new body of work since their 2018 album ‘Past Lives’.

Lead vocalist Chrissy Costanza commented, “In some ways, this is a debut. We have so many inspirations from the past, but we merged those with what currently inspires us to create something new. We finally figured it out. You can burn down the past version of yourself and become who you think you are now. This is undeniably Against The Current.”

The trio have also shared the official music video for track ‘Jump’, which follows previously released singles ‘again&again’ featuring guardin, ‘weapon’ and ‘that won’t save us’.

The band has fast established themselves as a unique force to be reckoned with, with their original pop, rock and indie sound that has earned them a dedicated fan following. They have embarked on three headline world tours to date and their debut album ‘In Our Bones’ entered Billboard’s Top New Artists Chart at the No. 2 spot upon its release back in May 2016.

In 2019 the group played to an audience of 50,000 at Reading & Leed Festival’s main stages and in front of nearly 100 million streaming at Beijing National Stadium for their performance of the official 2017 League of Legends World Championship anthem ‘Legends Never Die’.

The group have also confirmed that they will hit the road on tour across the UK in spring 2022 in support of their latest EP – full details below:

The group features singer Chrissy Costanza alongside Dan Gow on guitar/vocal and Will Ferri on drums/keyboards/vocals.