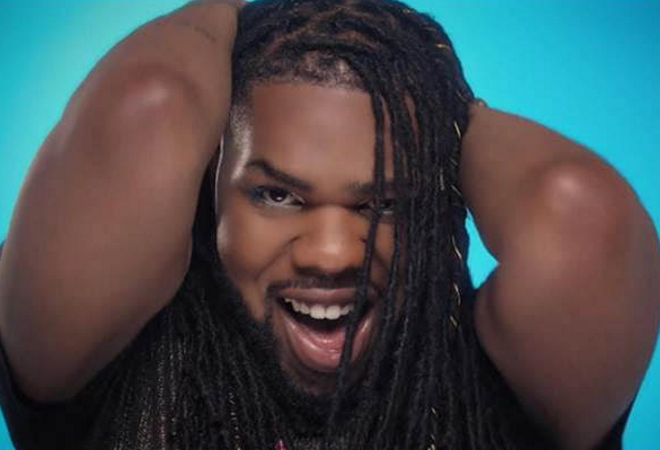 The video was directed by MNEK alongside up-and-coming director Jordan Rossi. Inspired by old school 90s videos, the visuals and narrative draw us into the 21st century, putting a spin on conventional relationships and what they should or could be.

Jordan Rossi commented, “Building the aesthetic was one of my favourite parts of the process. Uzo had a really clear idea of what he wanted going in, so it was great to build on that and develop it further. I grew up on those old school 90s videos that everyone remembers from George Michael and Usher to Kelis and Destiny’s Child. It was really fun going back and forth with all these references and seeing how we could use them to elevate our video to the next level.”

Language includes hit tracks ‘Colour’ featuring Hailee Steinfeld, ‘Tongue’, and ‘Correct’. To date the songs have accumulated over 100 million streams as well as earned the singer four star reviews from the likes of NME and Q.

MNEK’s Zara Larsson collab ‘Never Forget You’ topped the Billboard Hot Dance/Electronic Songs chart and was certified 3x Platinum in the US. He also featured on Duke Dumont’s Grammy nominated track ‘Need You (100%)’ and has written and produced tracks for the likes of Beyoncé, Dua Lipa, Little Mix, Madonna, Diplo, MØ, Rudimental, Julia Michaels and Stormzy.