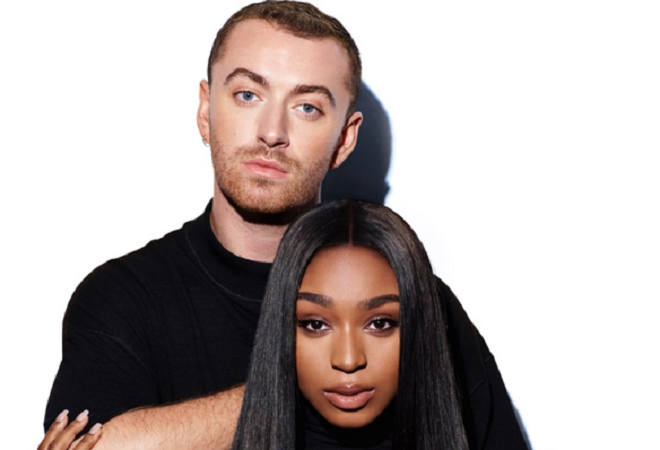 Sam Smith and Normani have shared the official music video for their new smouldering break-up anthem ‘Dancing With A Stranger’.

The visuals were directed by Vaughan Arnell and shot in London. The track was released earlier this month and has already accumulated over 80 million streams worldwide.

‘Dancing With A Stranger’ is the first new music to come from Sam Smith since teaming up with Calvin Harris for the 2018 summer hit ‘Promises‘. The two will again join forces when they perform the track together on stage at the BRIT Awards next month. Smith is already a three-time BRIT winner and is nominated in the British Male Solo Artist category this year.

Since the release of his debut album back in 2014, the British pop-soul singer has surpassed 20 million global album sales. In The Lonely Hour as well as his sophomore release The Thrill Of It All both debuted at No.1 on the Official Albums Chart. His impressive list of music accolades includes four Grammys, an Oscar, a Golden Globe, three Billboard Music Awards, a BET Award and six MOBO Awards.

Former Fifth Harmony member Normani launched her solo career last year with debut single ‘Love Lies’ with Khalid. The track reached No.1 at Top 40 Radio as well as achieved double platinum status in the US. She has since dropped a number of new songs, including two with Calvin Harris and recent single ‘Waves’ featuring 6LACK. Normani is currently working on her debut solo album and will hit the road with Ariana Grande on the North American leg of The Sweetener World tour.