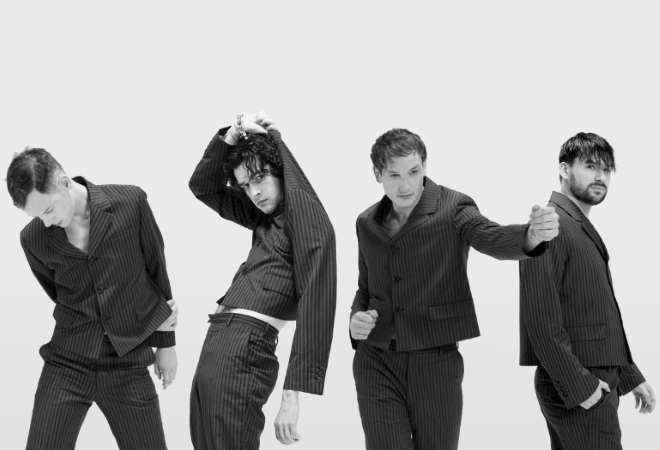 The 1975 are heading back out on the road for a huge UK & Ireland arena tour in February/March 2020.

The band first formed in 2002 and is made up of Matt Healy, Adam Hann, Ross MacDonald and George Daniel. Their first EP ‘Facedown’ dropped in 2012, helping the talented Mancunian quartet build a dedicated following before releasing their self-titled debut album in 2013. The record featured hit singles such as ‘Chocolate’ and ‘Girls’.

Their second album ‘I Like It When You Sleep, For You Are So Beautiful Yet So Unaware Of It’ followed later in 2016 and included successful tracks like ‘Love Me’, ‘The Sound’ and ‘Somebody Else’.

Their next album ‘Notes On A Conditional Form’ is due out on 21 February 2020. After sharing a protest song with climate-change activist Greta Thunberg, the band have dropped brand-new hardcore track ‘People’.