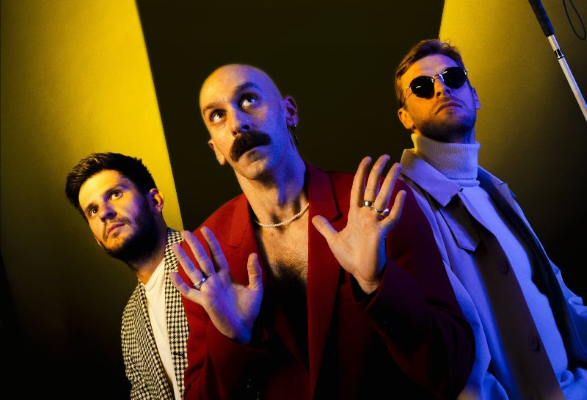 X Ambassadors have unveiled brand new track ‘Okay’, lifted from their highly awaited third album ‘The Beautiful Liar’, due out on 24 September 2021.

“Life is unpredictable,” says frontman Harris. “Things happen that are out of control all the time. We all are living in a constant state of uncertainty. And yet… I say it all the time. ‘Everything’s gonna be okay.’”

CHECK OUT THE PERFORMANCE VIDEO HERE:

‘Okay’ follows the June release of their darkly cinematic single ‘My Own Monster’. The multi-platinum-selling rockers teamed up with producer Andrew Wells for the track, which gave fans a taste of their first new music since their collaborative project (Eg). Released in early 2021, it saw the band collaborate with a series of rising artists, including Earl St. Clair, Terrell Hines and Jensen McRae.

Discussing ‘My Own Monster’ frontman Sam Nelson Harris commented, “It’s a song about someone who has a voice inside their head…There’s something evil about the voice, but the person is attracted to that and ultimately decides, ‘I’m going to embrace this awful thing, let it be my best friend and let it protect me. What could possibly happen?’”

X Ambassadors made their full-length debut back in 2015 with platinum selling album ‘VHS’, featuring genre-defying hits ‘Unsteady’ and ‘Renegades’. Their sophomore album ‘ORION’ dropped in 2019, followed by the ’60s and ’70s soul and R&B inspired ‘Belong’ EP in March 2020.

More recently, the American rock trio confirmed that they will return to the UK in February 2022 to play new two live shows in London & Manchester – full details below: