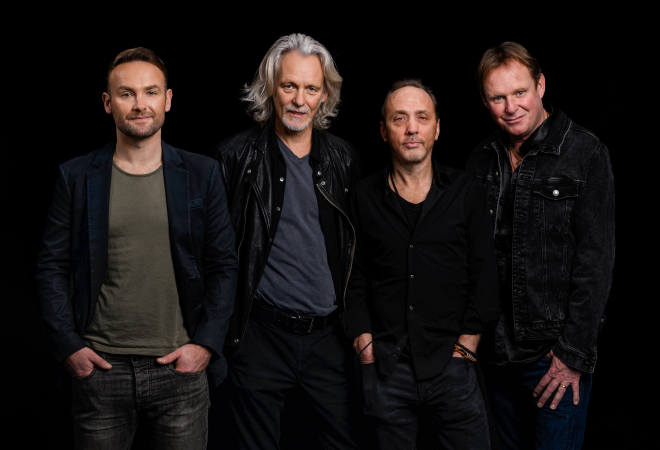 The release will be their first with new lead singer Kevin Simm, who was previously a member of BRIT Award-winning band Liberty X as well as the 2016 winner of The Voice UK.

Kevin was first introduced to fans on tour in 2018 and will once again join the band on the road next year in support of the new album.

Neil Mitchell commented, “Releasing a new Wets studio album in 2021 is all the more unusual because of these weird times that we’re living in. Having Kevin as our singer now gives the band and the new album a different dynamic and an excitement that has reinvigorated Wet Wet Wet for an exciting journey ahead…”

The tour will kick-off in the band’s beloved homeland of Scotland before heading to 20 cities across the UK for what will be their largest tour since their sold-out run of shows in 2019.

Tickets on sale Friday (04 December) at 10am from Ticketmaster

Wet Wet Wet are one of the most successful bands in British pop history. They have sold over 15 million singles and albums to date and appeared in the UK official singles and album charts for over an incredible 500 weeks. Their No.1 singles include ‘With A Little Help From My Friends’, ‘Goodnight Girl’ and 1994’s massive hit ‘Love Is All Around’, which was the biggest selling single of the year. The song went on to spend 15 weeks at No.1 to become the longest spell at the top for any UK artist – a record that still stands to this day.