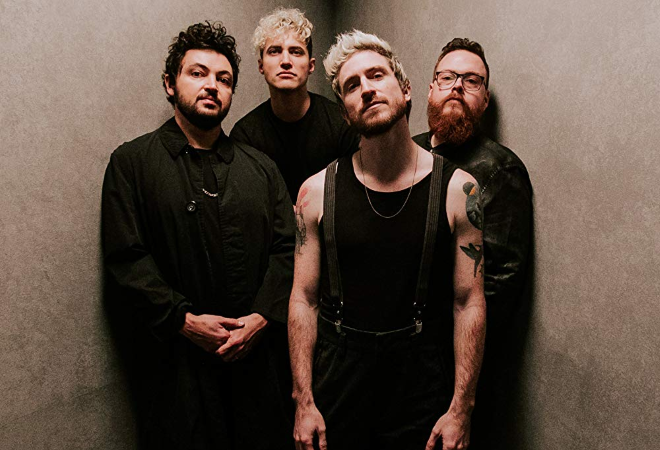 Walk The Moon have released brand new single ‘Eat Your Heart Out’, alongside a self-made music video.

The track was produced by Mike Crossey and is the follow-up to their recent alternative hit ‘Timebomb’.

The band quickly became a household name after dropping their 2014 smash-hit single ‘Shut Up And Dance. The track reached the No.4 spot on the UK Official Charts as well as accumulated over 656 million Spotify streams.

After dropping the three-times platinum dancefloor-filler, the band experienced a period of tension and tragedy, which the pop hitmakers touched on in their 2017 sophomore release What If Nothing. The album featured popular tracks ‘Kamikaze’ and One Foot’, which reached No.1 on Alternative Radio.

The group first got together in 2006 in Cincinnati and signed with RCA in 2012 before releasing their first major-label, self-titled album. Current members include Nicholas Petricca as band frontman and keyboardist, Keven Ray on bass, Eli Maiman on guitar and Sean Waugaman on drums.