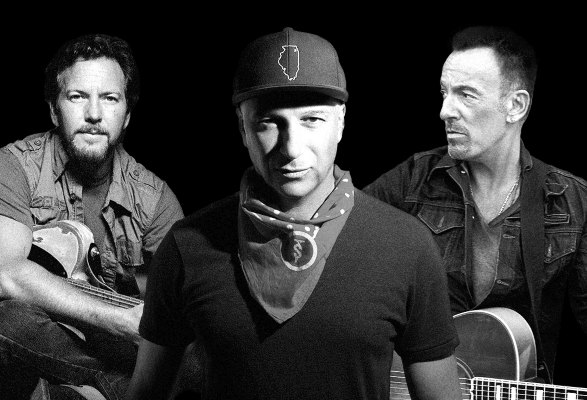 Tom Morello has announced new album ‘The Atlas Underground Fire’, due out on 15 October 2021.

The release will be the official follow-up to his ambitious 2018 full-length ‘The Atlas Underground’.

The two-time Grammy Award-winning musician’s legendary guitar playing will fuse rock, alternative and electronic together, with an impressive list of acclaimed collaborations with the likes of Bring Me The Horizon, phem, Damian Marley, Sama’ Abdulhadi, Mike Posner and more.

The co-founder of Rage Against The Machine, Audioslave and Prophets of Rage has also revealed the album’s first single ‘Highway To Hell’. The cover of AC/DC’s rock classic features Morello alongside Bruce Springsteen and Eddie Vedder.

‘The Atlas Underground Fire’ was made both creatively and technically from his LA home studio, recording guitars on his phone and sharing files with collaborators around the globe. And despite the challenges of creating the album during the pandemic, Morello revealed that it also allowed him more creative freedom.

He said, “This record was a life raft in a difficult time that allowed me to find new ways of creating new global artistic connections that helped transform a time of fear and anxiety into one of musical expression and rocking jams.”