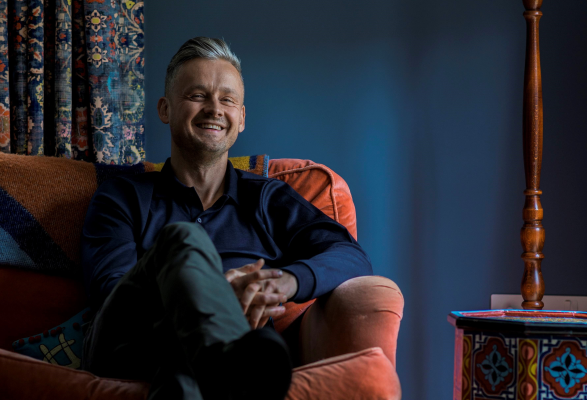 Tom Chaplin has revealed that his new album ‘Midpoint’ will be released on 02 September 2022.

The announcement is accompanied by the unveiling of the full-length’s title track and official music video, starring Niamh Cusack and directed by Lucy Bridger.

The Keane frontman began writing new songs two year’s ago when the band’s 2019 Cause and Effect tour was interrupted by the pandemic.

Produced by Ethan Johns, the emotionally charged collection will feature 13 brand-new reflective songs, which were recorded in six weeks at Peter Gabriel’s Real World Studios in Bath and Paul Epworth’s The Church in North London.

Arriving as he enters mid-life, ‘Midpoint’ is like nothing else. The singer-songwriter commented, “There’s space for something nuanced that explores a part of life that everyone goes through…If I can get some of that across and it can resonate with something people are feeling in in their lives-well, I’d be more than happy with that.”

Tom has also confirmed that he will hit the road on a solo headline UK tour this October – full details below: