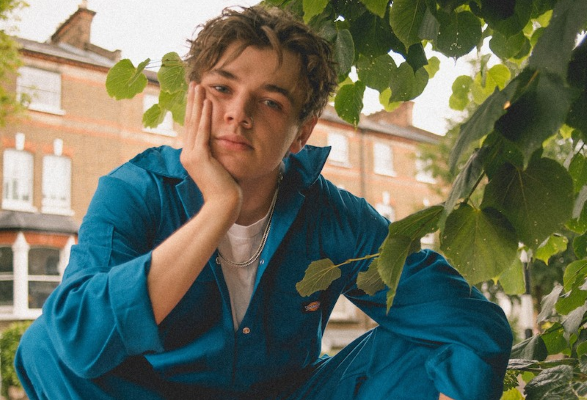 “Bored was written in London the first time Lizzy and I met! We struggled for ages to try and find a place to write but eventually just ended up writing in my tiny bedroom I was in at the time. I was briefly seeing someone and was saying to her about how boring it had gotten, we’d have the same conversations over and over again because neither of us really put the effort into learning about each other and the song stemmed from there. Lizzy and I recorded it on opposite sides of the globe and spent numerous facetime calls arguing with each other about who would be singing what. I’m pretty sure we got it in the end though!” Thomas

“Thomas and I wrote Bored the first time we met. We had a session that lasted for 6 hours and all we got done was the chorus. We wrote it about shitty relationships, feeling uninspired by the person you’re with and not knowing how to tell them that. It’s a feeling we had both felt before, so that chorus came pretty naturally in the session. A few months later we decided to finish it, and now it’s yours to keep. We hope you enjoy it :)” Lizzy

Born in London before moving with his family to Australia, 20-year old Thomas Headon first started building an international fanbase after posting cover songs on YouTube as a teenager. In 2019 he returned to the UK to pursue music and has since dropped his self-written, self-produced debut single ‘Grace’, followed by ‘Clean Me Up’. Both tracks appeared on his debut EP ‘The Greatest Hits’, which has accumulated over 19 million streams to date.

Thomas Headon recently a string of new live shows + venue upgrades as part of his rescheduled UK tour in November 2021 – details below: