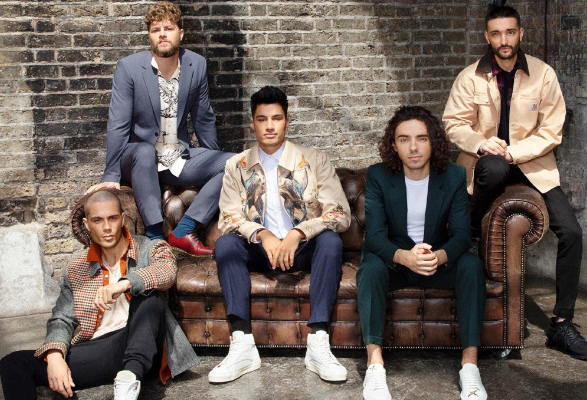 The Wanted are back and will be hitting the road on a huge arena tour in March 2022!

Following a seven year hiatus, the band have also announce new album ‘Most Wanted – The Greatest Hits’, due out on 12 November 2021.

The full-length will feature a collection of their huge worldwide pop hits as well as new music. The band’s extensive back catalogue includes No.1 Singles ‘All Time Low’ and ‘Glad You Came’, 2010 Comic Relief single ‘Gold Forever’, the theme song from the 2012 movie ‘Ice Age: Continental Drift’, ‘Chasing The Sun’ as well as soaring ballad ‘Heart Vacancy’. Other song highlights include ‘Lightning’, ‘Lose my Mind’, ‘We Own The Night’, ‘Walks Like Rihanna’, ‘I Found You’, ‘Warzone’, ‘Show Me Love’ and fan favourite ‘Could This Be Love’.

Before hitting the road next year, the group will perform together for the first time in seven years at bandmate Tom Parker’s charity concert for Stand Up To Cancer ‘Inside My Head’ at the Royal Albert Hall on 20 September. The line-up will also feature Ed Sheeran, Liam Payne, McFly, Becky Hill, Sigrid & KSI.

Discussing the tour Jay McGuiness commented, “‘We have been talking off and on for a few years now about getting back together to do something for the anniversary but have all been working on other projects at different times so it didn’t happen. This is all about having fun with our mates, no pressure, just FUN’.”

The Wanted are one of Britain’s biggest pop bands, with over 12 million record sales worldwide, 10 UK Top Ten singles and 2 UK No.1 singles. The band today still boast almost six million monthly listeners on Spotify and have a global following on their social media platforms.

Don’t miss The Wanted on tour across the UK next year!