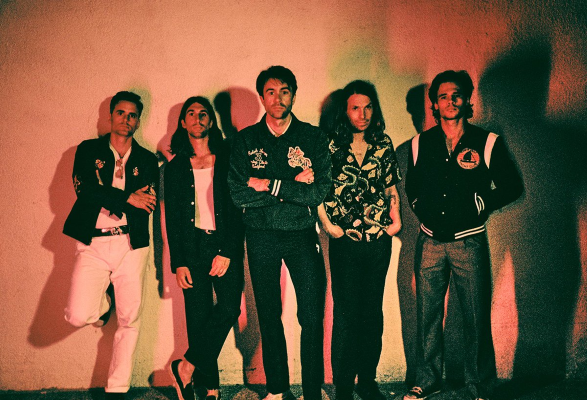 The Vaccines will hit the road on tour across the UK in 2022, including a massive London arena show.

Frontman Justin Young commented, “Playing live is the lifeblood of this band. It’s where our music comes to life and where we get to connect with all the people that make what we do possible. Not being able to do that over the last 18 months has been nothing short of awful and we can’t wait to see everyone again and do what we love doing more than anything else in the world.”

The band have also dropped the final song to be taken from their fifth album ‘Back In Love City’, due out this Friday (10 September). ‘Jump Off The Top’ was first debuted live prior to the recording of the new LP and has already become a fan favourite.

The indie rockers are due to play a string of intimate shows this autumn as part of the Music Venue Trust & The National Lottery’s Revive Live series as well as some in-store gigs. Full details below:

The Vaccines ‘Back In Love City’ Full Album Tracklisting: