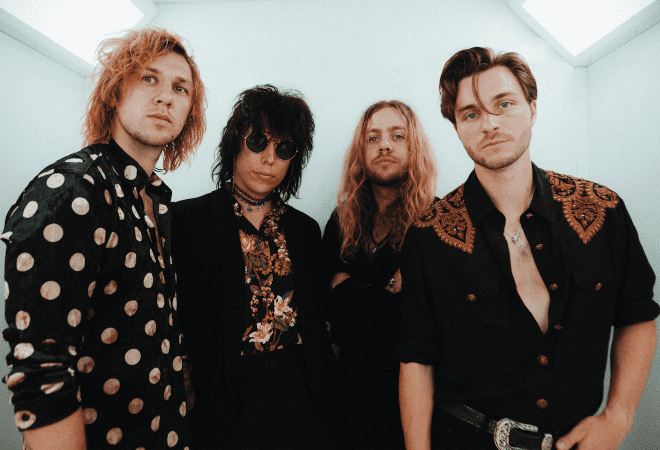 The Struts have shared the brand new music video for ‘Tatler Magazine’ ahead of their October UK headline tour dates.

In the clip, the British glam rockers can be seen indulging in the finer things in life on a lavish vineyard tucked away in the Napa Valley.

The band’s recent album ‘YOUNG&DANGEROUS’ has received high praise from both sides of the Atlantic, with ‘Tatler Magazine’ following the equally flamboyant video for track ‘I Do It So Well’.

Their ‘Body Talks’ Kesha collab was recently featured in the trailer for BBC’s Strictly Come Dancing as well as used as the soundtrack for Harley-Davidson’s global ad campaign.

Showing no signs of slowing down, The Struts will return to the US at the end of the year to play further gigs – including a show in front their biggest crowd yet at an open-air NYE party in Nashville – before heading back into the studio in early 2020 to start working on their third album.

Check out The Struts October UK tour dates + on sale links below: