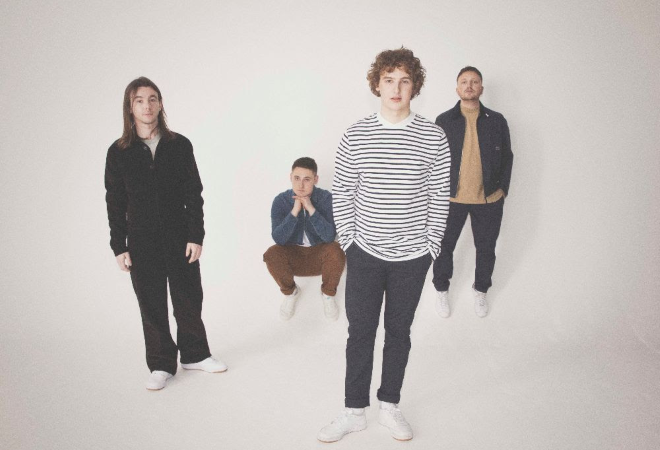 The Snuts have shared the official music video for new single ‘Elephants’, the band’s first new music since their chart-topping debut ‘Mixtape EP’.

The track, which was recorded at The Firepit in London with Tony Hoffer, went straight in at No.1 on the iTunes chart. Frontman Jack Cochrane commented, “Elephants is another twist on our ever growing diverse catalogue. The song in whole features a change in lyrical style leaning more towards referencing…The main theme of this track is about believing in your own ability in times of struggle and diversity.”

The song’s retro 60s inspired visuals were directed by award-winning filmmaker Aella Jordan-Edge and filmed in Stratford at the Maryland Studios.

CHECK OUT THE VIDEO FOR ‘ELEPHANTS’ HERE:

Since dropping ‘Juan Belmonte’ last year, the rising band have garnered a massive following in the UK, with their debut ‘Mixtape EP’ reaching the top spot on the Scottish and Vinyl Album charts as well as No.14 on the UK official charts.

The Snuts have also confirmed a string of summer shows as part of the Utilita Live From The Drive-In series – see full details below:

Tickets on sale now from Ticketmaster The Ticket Factory

The Snuts are Jack Cochrane on vocals/guitar, Joe McGillveray on guitar, Callum ‘29’ Wilson on bass and Jordan ‘Joko’ Mackay on drums.