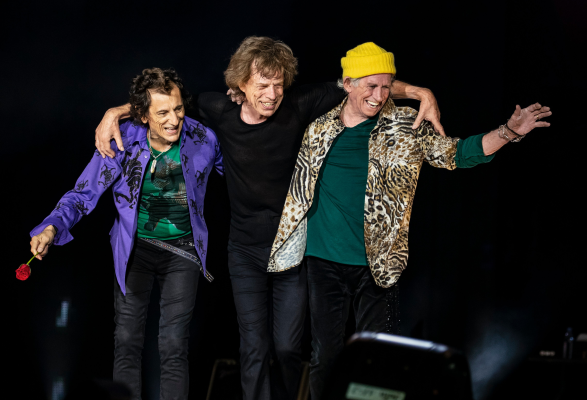 The Rolling Stones will hit the road on their 60th Anniversary Tour this summer, including TWO headline dates at BST Hyde Park and a huge show at the iconic Anfield Stadium in Liverpool.

60 Years on from their first ever show at the legendary Marquee Club in London, Mick Jagger, Keith Richards and Ronnie Wood will return to the Great Oak Stage this summer, once again joined by Steve Jordan on the drums.

The Stones will treat fans to a set list packed full of their biggest hits including ‘Satisfaction’, ‘Paint It Black’, ‘Tumbling Dice’, ‘Sympathy for the Devil’ and ‘Gimme Shelter’. Each night at Hyde Park will also include surprises from half a century’s worth of their classics.

The Rolling Stones’ history with Hyde Park runs deep, with their 1969 show Stones in the Park now considered as one of the most famous concerts of all time. The spectacular concert was a magical moment in music history, with an audience of between 250,000 and half a million people flocking to see the band live on stage.

Don’t miss the chance to see the Rock ‘n’ Roll titans hit the stage once again this summer – there’s no doubt that this year’s Stones show will go down in history as well!