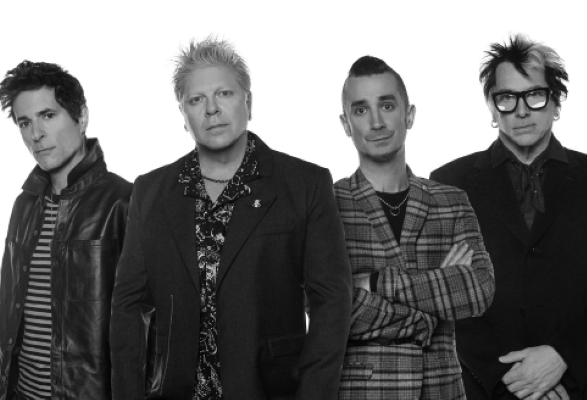 The Offspring will bring their Let The Bad Times Roll Tour to arenas across the UK & Ireland in November 2021 along with special guests The Hives.

The new Hull date will be in support of frontline workers & the NHS, with an allocation of free tickets available for local frontline workers AND proceeds from the sales of the show going to the registered NHS charity.

Fronman Dexter Holland commented, “If not for the hard work and successful rollout of the vaccine programs by the NHS there wouldn’t even be any live concerts to play! We’re so thrilled to be coming back, finally, to the UK and we’re looking forward to giving something back to those who have stepped up and given so much. Rock on!!!”

The iconic punk rock band will hit the road in support of their hugely anticipated tenth studio album ‘Let The Bad Times Roll’, due out on 16 April 2021.

They have sold more than 40 million albums worldwide, taken home numerous awards as well as toured consistently, playing more than 500 shows in the last decade alone. Their music has had a lasting impact across film, television, and video games, making The Offspring a truly global phenomenon.

CHECK OUT THE MUSIC VIDEO FOR THE ALBUM’S TITLE TRACK HERE:

“After nearly 2 years of not playing for our fans, the idea of getting in front of the UK crowds is beyond exciting! We can’t wait! See you soon!” The Offspring

”Yes it’s true! The Hives will join The Offspring on their UK/Ireland invasion spreading the California punk sun by adding their own unique unfuckwithable version of arena garage rock. Missing out on the fun is for idiots. Sincerely The Hives”