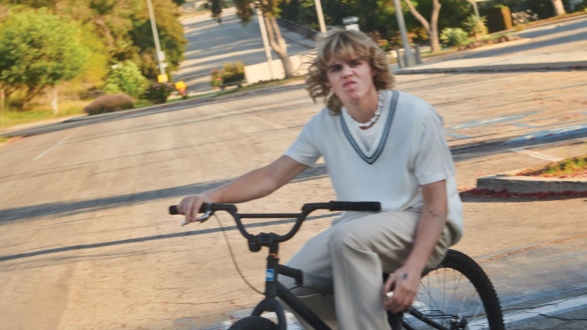 The Kid LAROI has returned with his highly anticipated first new single of this year ‘Thousand Miles’.

LAROI first took to TikTok to tease the track, posting a clip of the song alongside pictures of former manager Scooter Braun, along with the caption “Show me ur last mistake. Use this sound”. After sending fans into a frenzy, it has since been confirmed that the pair are in fact on good terms and that the shade thrown in the social media post was part of a publicity stunt to promote the new single.

‘Thousand Miles’ is the follow-up to the 18-year-old superstar’s No.1 single ‘Stay’ ft. Justin Bieber. The massive track topped the charts in over 20 countries and achieved multiple Platinum certifications.

The Australian rapper-singer’s latest offering is expected to appear on his forthcoming debut studio album, which he has said will be entitled ‘Kids Are Growing Up’. The full-length will follow debut mixtape ‘F*ck Love’. After first arriving in 2020, the mixtape was reissued tree times, with an expanded edition of the final instalment of the trilogy, ‘F*ck Love 3+: Over You’, dropping last year.

LAROI is set to embark on his first ever headlining END OF THE WORLD TOUR next month, with UK dates scheduled for this summer.