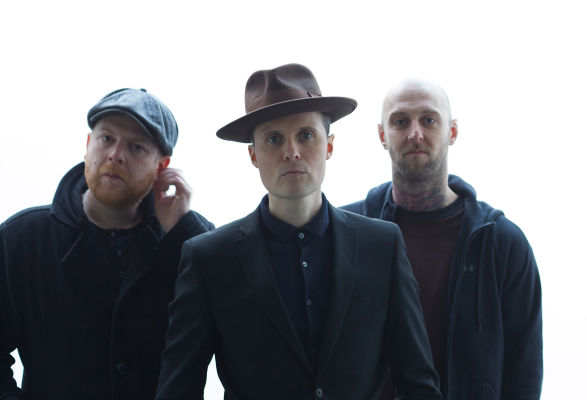 The Fratellis have shared brand new single ‘Action Replay’, lifted from their forthcoming sixth studio album ‘Half Drunk Under A Moon’, due out on 09 April 2021.

Recorded in LA with producer and long-time collaborator Tony Hoffer, ‘Half Drunk Under A Moon’ will be the Glaswegian trio’s sixth album to date and follow-up to 2018s ‘In Your Own Sweet Time’.

The official music video stars actor/dancer Rory J. Saper, best known for his role in Hulu’s teen drama series ‘Find Me In Paris’. The film is a continuation of the love story from lead single ‘Six Days In June’, which featured Saper with his ‘Find Me In Paris’ co-star Hannah Dodd.

CHECK OUT BOTH MUSIC VIDEOS BELOW:

The Fratellis first formed in Glasgow back in 2005. Their debut album ‘Costello Music’ featured hit single ‘Chelsea Dagger’, which reached double-platinum status and earned the band the BRIT Award for British Breakthrough Act in 2007. Second album ‘Here We Stand’ followed in 2008.

After taking a hiatus, the band reformed in 2012 and have steadily regained their fanbase around the globe.

During last year’s first lockdown the band released a special collaboration with legendary US soul singer P.P.Arnold, ‘Strangers in the Street (featuring P.P. Arnold)’, with all income received from the track donated to the Spotify COVID-19 Music Relief Project.

The Fratellis ‘Half Drunk Under A Full Moon’ Album Tracklisting: