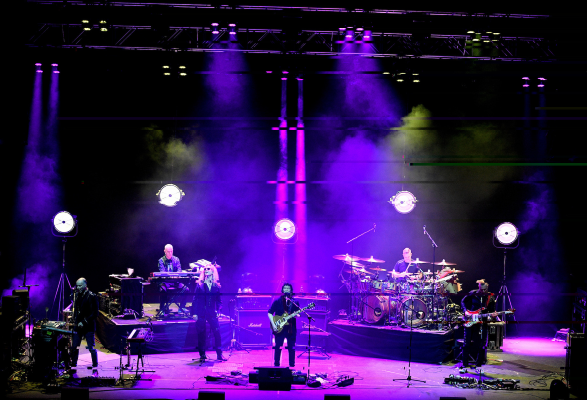 The legendary guitarist is currently on the road on his Seconds Out +More Tour, which will also visit some of the venues Genesis played on their 1977 tour.

‘Seconds Out’ was the hugely successful double album recorded on Genesis’ 1977 concert tour together with ‘The Cinema Show’, from their 1976 tour, and featured Steve Hackett on guitar alongside Mike Rutherford, Tony Banks and Phil Collins who had taken on the role of vocalist following the departure of Peter Gabriel. The tour featured music from each of the six studio albums from Steve’s time in Genesis and marked his final recordings with the band before leaving to pursue his solo career.

Steve Hackett commented, “I hugely look forward to being back on the road in the UK, bringing the whole of Seconds Out back to life! The set features some of the most thrilling Genesis material, this time all numbers played in full, plus additional surprises…”

His solo career now spans over 30 albums and demonstrates his extraordinary versatility with both electric and acoustic guitar. Inducted into the Rock Hall Of Fame back in 2010, he also worked alongside Steve Howe of YES in the supergroup GTR and remains an immensely talented and innovative rock musician.

Steve Hackett’s autobiography ‘A Genesis In My Bed’ is out now and features candid stories about his early life and time with Genesis.