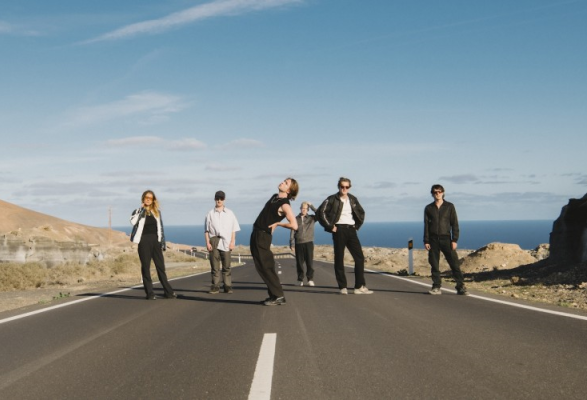 Sports Team have confirmed that their second studio album ‘Gulp!’ is due out on 22 July 2022.

The record is set to be the English alternative rocker’s most assured and invigorating work to date and will also be supported by a UK & Ireland tour this October.

‘Gulp!’ will be the official follow-up to 2020s Mercury Prize nominated debut album ‘Deep Down Happy’, which charted at No.2 in the UK’s Official Charts. The full-length also achieved the biggest vinyl sales for a debut British artist in 2020. Prior to that, the band released two EPs ‘Winter Nets’ and ‘Keep Walking!’ after forming back in 2016.

Now considered to be one of Britain’s most exciting breakthrough bands of recent years, Sports Team will hit the road for a run of headline shows later this year, including a stop at London’s Roundhouse for a special gig with “friends”.