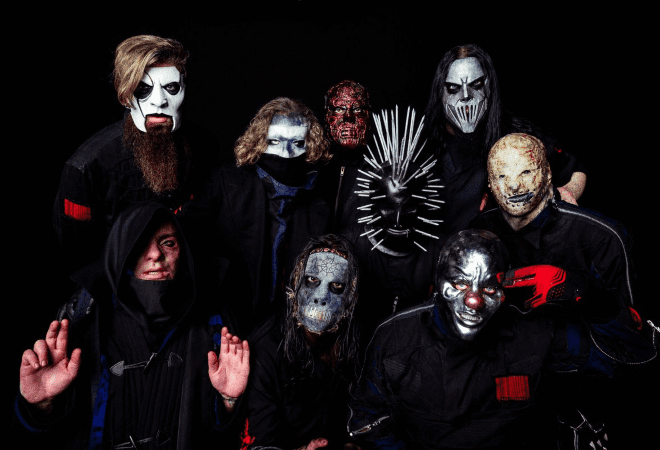 Following the release of their chart-topping sixth studio album ‘We Are Not Your Kind’, Slipknot will hit the road on tour across the UK + Dublin in January 2020.

Support across all dates will come from Polish hard rockers Behemoth.

‘We Are Not Your Kind’ dropped on 09 August 2019 and saw the legendary metallers return to the No.1 spot on the Official UK Albums Chart for the first time in 18 years. The album also had No.1 debuts in the USA, Australia, Canada, Japan, Ireland, Belgium and Finland, as well as Top 3 debuts in Germany, France, Norway, Italy, The Netherlands and New Zealand.

The band joined forces once again with producer Greg Fidelman for the new LP after working together on their previous record. Highlights on the new album include ‘Solway Firth’, ‘Birth Of The Cruel’ and lead single ‘Unsainted’. All three tracks were accompanied by M. Shawn Crahan directed visuals, each of which trended worldwide on YouTube. ‘Unsainted’ was at No.1 worldwide for 24 hours, with the band clocking up over 58 million views in just two months.

Be sure to catch them live on tour at UK & Ireland arenas next year! ?