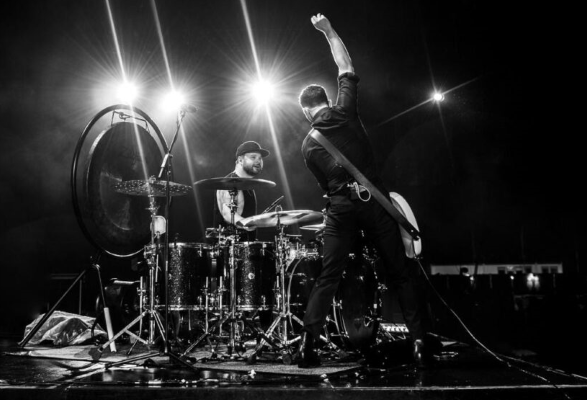 The shows were previously postponed due to illness – see full statement below:

Due to illness the remaining Royal Blood tour dates in the UK, Dublin, and Paris have been postponed. Fans are advised to keep hold of their tickets. All tickets will remain valid for any rescheduled dates. pic.twitter.com/QHW3I3GdRk

Royal Blood announce UK & Ireland arena tour in March/April 2022, including a show at the new Swansea Arena and their biggest headline show to date at The O2 in London.

Plus special guests The Amazons.

Earlier this year the duo returned to the live stage with highlights including headline festival sets at Victorious, Tramlines and The Eden Project as well as a homecoming show at the Brighton Centre.

The duo commented, “Playing live is the DNA and sole purpose of our band. On stage with our fans is where we belong, and we cannot wait for this tour to be a reality!”

Following three consecutive Hottest Records on Annie Mac’s Radio 1 show, a further 50 million streams and the biggest North American airplay of their career so far, ‘Typhoons’ marked the start of an exciting new era for the rockers.

The album also scored the pair a hat-track, with all three of their studio albums going straight to No.1 on the UK albums chart.

The streak commenced with their 2014 self-titled debut release followed by 2017s ‘How Did We Get So Dark?’.

They have achieved two million global sales to date as well as received the BRIT Award for Best British Group, two NME Awards and a Kerrang! Award. Furthermore, their debut album was nominated for the coveted Mercury Prize.