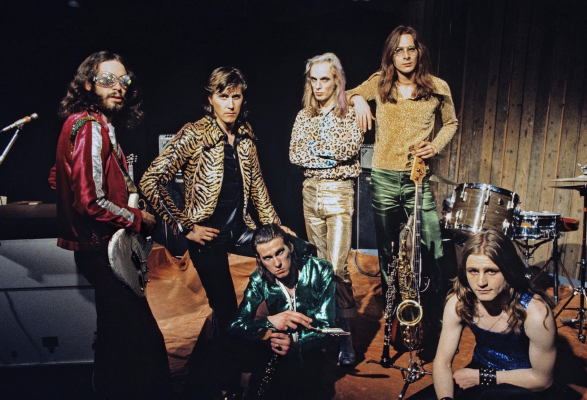 Roxy Music are hitting the road for the first time in more than a decade to celebrate 50 years of music.

Bryan Ferry, Andy Mackay, Phil Manzanera and Paul Thompson will mark the 50th year since their ground-breaking debut album with their highly anticipated return to live music. The run of 13 arena shows across North America and the UK will be the first time they have performed together on stage since their sold-out, critically acclaimed 2011 For Your Pleasure Tour.

The group are one of the most influential and exhilarating music acts in history. Since forming back in 1972, the Rock and Roll Hall of Fame inductees have left an indelible mark on the worlds of music, fashion and art, combining all three with a clear vision that brought them instant, global success and inspired generations of musicians.

Roxy Music’s eight studio albums ignited the art-rock movement, blurring the lines between genres and infusing a new kind of glamour into rock music for the first time.

This year will mark a celebration of Roxy Music, with each of their eight studio albums to be reissued as special anniversary editions with a new half-speed cut, revised artwork and a deluxe gloss laminated finish. The first 2 LPs, ‘Roxy Music’ and ‘For Your Pleasure’, will be released on 01 April 2022, with the remaining albums to follow in pairs.